Adam Boyes is the new CEO of Iron Galaxy 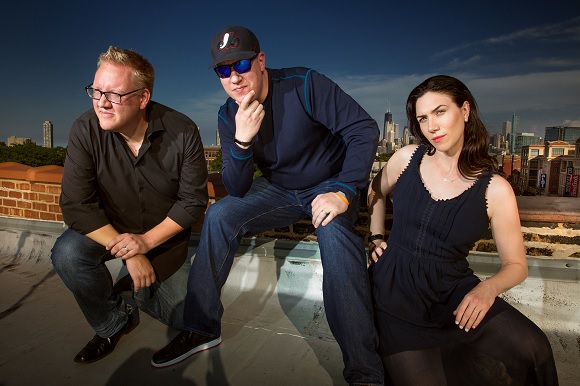 The former Vice President of publishing and relationships with developers of PlayStation, Adam Boyes, has joined Iron Galaxy as CEO of the study.

Mainly known for his work for Microsoft with the new Killer Instinct, Iron Galaxy is also dedicated to the publication of third-party games; among his catalogue are Videoball or Divekick, among others. The objective of Boyes, that it guarantees that «the desire to create things» after its stage in PlayStation, will be take their ‘experience and amplify’ the scope of Iron Galaxy.

Boyes previous works include a season at Midway, where Boyes and Dave Lang, the founder of Iron Galaxy (in the picture above, in the Middle, next to Chelsea Blasko and Boyes), who also worked there, they met. «Was incredible and inspiring see his rise meteoric in Sony», recognizes Lang on the career of Boyes, that now you replaces as CEO in its study.

The new post of Boyes will allow you to carry out a more creative work, one of the reasons why the left PlayStation. He then claimed that «back to make plays in the independent side» was his main motivation in this new stage.

Iron Galaxy has been engaged since 2008 to original game development and make ports of games of others with enough success to have 150 employees in two offices, one in Chicago and one in Orlando. Although is les known mainly by take the relay to Double Helix in the development of Killer Instinct, in the last years also have made, for example, the version of PS3 of Destiny; also helped Warner to fix catastrophic version PC Batman: Arkham Knight.