Breaking News
Home / News / Advance of The Legend of Zelda: Breath of the Wild

Advance of The Legend of Zelda: Breath of the Wild 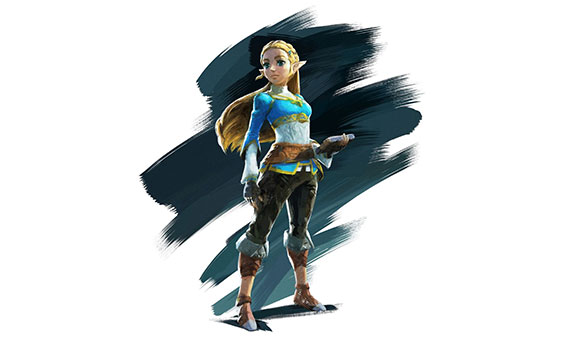 For who has followed with attention the evolutions, withdrawals and changes in tone of the series, The Legend of Zelda: Breath of the Wild is rare. With nuances: isn’t an awkward oddity, but a welcome and expected. Not by what tries to: somehow, the adventures of Link you feel well open world clothes, as if they were prepared for them from the beginning. The question might be: why never before in a Zelda you could Cook a spicy sautéed mushrooms and fruits?

If something makes Breath of the Wild we recognize outside influences. It is a world open in both directions: one can explore it (more or less) in the way you prefer, doing case or not surprisingly few instructions ordering the adventure, but also is a sponge of concepts. There is fleeting inventory, with weapons who suffer the wear of combat and they have to be replaced simply because they break, because they are not unbreakable; because they don’t want to be a collection of the master swords, but temporary handgrips for a bout in which come into play more than ever the weights and distances. It is also resource management, hunting and gathering, the perception of the environment as living space which provides: all these elements of survival would have been novel a few years ago, but now they are our daily bread.

It could be saying names all day, and the question is that we would not come to nowhere. How brilliant this new Zelda (that is, you go ahead, a brilliant game) is not third-party loan, but in how it reaches conclusions similar to the of those other games that one could relate with Zelda in one way or another by other paths, naturally. The result is one of those games that you just can imagine developed by Nintendo; not because others can not go that far, but because they usually do not conform with planted just in the right place.

Here, the right place is far away. Far more than in any other Zelda. Nintendo did not lie when talking about the magnitude of Breath of the Wild; After 30 hours, I’ve hardly explored a small corner of the map. More than the pure size, what’s interesting is the density of the systems that go hand in hand in the game minute-by-minute: the dynamics that are formed between different parts contrast with monolithic puzzles that have always been the Zelda. Breath of the Wild, which is more Zelda that none, the thing goes on which properties have each element of the world and how we can manipulate them, or manipulate its properties, with the tools we have at our disposal; puzzles, omnipresent in the game, so shapes and solutions of all kinds, often have variables, and encourage experimentation and creative uses of the different modules (pumps, magnet, etc.) of the sheikah stone. Is not possible, by NDA, going into many details about all this, so for now I will just say that the result is formidable: used to give shape to an open world amazing and full of challenges, and furthermore get fit it very intelligently in the Zelda lore , making it not only a theme park in which exploit the possibilities of Link (which also) but also a narrative space in which confluence of ideas from all the series. 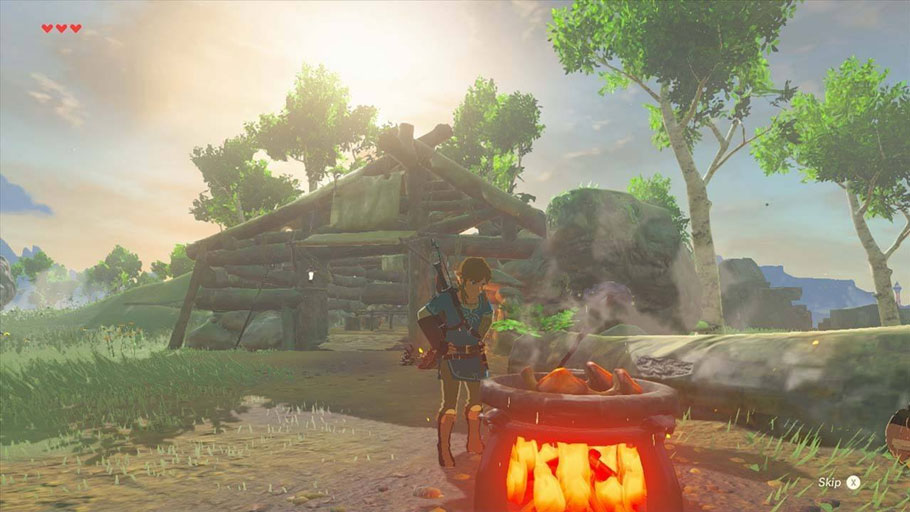 Let’s talk about the technical section. Much has been said about the Visual squalor of Breath of the Wild, and although I don’t want to take away the importance (occur in specific, more specific moments as you walk away from the beginning of the game; Interestingly, it is in the initial section, the same as the demo that it has been taught in the past few months, where most frequent are the fall in the rate of images per second) one of the few serious glitches) I seems obvious that most of its weakness came from practical choices rather than clumsiness, as often happens. It is usually done much to bring the look the important: the design of the characters or the wealth of animations more than the modesty of the distance of drawn or less defined textures. It makes sense that Monolith has been the Studio that has taken a hand in the development of Breath of the Wild because there is something of the sense of scale, and that fascination that they were present in Xenoblade Chronicles X, another that seemed unthinkable in Wii U; go around the intentions of this Zelda. This will talk more in the future, but the soundtrack is especially remarkable, and not only accompanies but enhances and punctuates the sensations of the game, and follows a line so rare and surprising as the rest of the game.

To summarize, until it touches to talk about in more depth throughout this, the important question is not that The Legend of Zelda: Breath of the Wild has something for all games (you can, ultimately, to trace the source of the sautéed mushrooms and fruits spicy in other previous games; its ingredients), but how it highlights the fact that there is something of a Zelda in all games. Closes the circle of influences. It is a game created with ambition and good hand, which shows experience and passion; that go hand in hand that Nintendo has been tested for years, always separately, and concepts that presented together, mixed, interrelated: a monumental, overwhelming and unfathomable experience out of necessity, because so important is, in these children’s trips to the forest saying that Miyamoto was inspired the creation of the first Zelda, the terrain explored as the promises of what still is explored.