Breaking News
Home / News / After the move to F2P, Turtle Rock leaves the development of Evolve

After the move to F2P, Turtle Rock leaves the development of Evolve 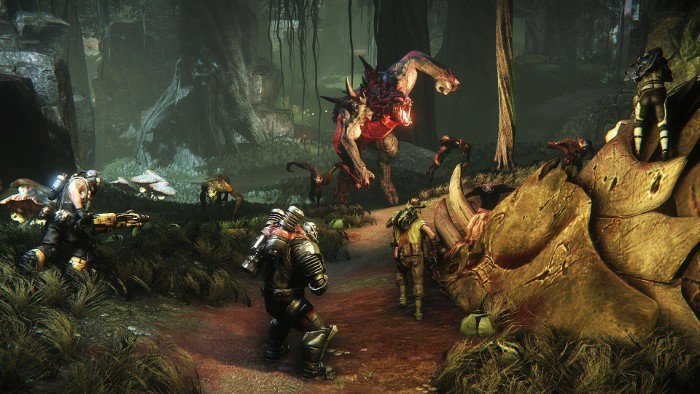 Evolve was a game which became very popular and who sat quite well to certain sectors of the international criticism. In fact, sometimes the harvested notes were excellent. However, already know that not have spoken much of the game during the last weeks. Something normal, taking into account the few novelties that have landed. Months ago the project was operated under the Free2Playbusiness model. The initial boom was very large, although it seems that the bubble is slowly deflating.

Finally, Turtle Rock, the developer behind the project, has decided to leave behind the development of the same. In fact, thanks to a release on the game forums we have been able to see that the development of new features has been suspended. The company says that they had great ideas to Evolve, but that after five years and persisted in the project means, have the feeling that the universe of the planet Shear is not sufficient for them.

The study has already stated that they are very happy to “have the opportunity to do something risky, new and innovative“. Do not lack them reason. However, the company development has stalled. That Yes, the door is left open to other studies take charge of the project and continue to give him support.

From Turtle Rock has confirmed that they will continue to work on other projects you have in mind. That Yes, they do not have too many details. We will be waiting for more information.

Previous Uwe Boll is removed from the film
Next Special Redout: future new