The best of Circles, of Jeroen Wimmers, is the way in which makes simple flat circles on funds from a single color in living beings, bridges, in labyrinths. All are circles. Our avatar, the environment, the mode switch of play, the button that closes Circles. There is no more; only with that, Wimmers manages to create a fascinating mix of puzzles and skill, think carefully about the solution to a problem and put it into practice with good pulse and care.

The objective in each level is to a circle, which is taken possession after a test in which it is possible to study the challenge before you run your solution, to the point of exit. It’s that simple. Like other recent independent videogames that operate naturally in the limits of what traditionally has been considered a game, situations proposed Circles are not revolutionary, but stand out for the intelligence with which Wimmers presents them.

This intelligence makes that Circles highlight within the irregular (and by this unpredictable, with all it good that that entails) genre of the games casual. “Time was fellow in a gaming company casual”, features Wimmers. «Casual games I came to dislike very much, but I saw something to its accessibility. He wanted Circles to be as accessible as those fakes» copan stores from Apple or Google, “and also offer interesting gameplay”. Circles one of the basic rules of the genre (simple and intuitive controls for example with touch screen of a smartphone or an ordinary mouse) takes a step further: the movement of the mouse, its speed and its direction is used only, and is not necessary to press any buttons so the cursor, our avatar, to communicate with the environment.

Sometimes, the other circles are large when the cursor moves fast, and the cursor has to walk slowly, measuring each step carefully, to overcome the guards who watch over the perimeter; in others, the cursor makes the other circles come small, giving shape to the corridors of a labyrinth that we walk by feeling the walls, looking at the dark corners that bring us to our goal, perhaps a treasure or a relic of the past.

Lucas González, one of the makers of Flat Heroes (another game that strives to that simple shapes of flat color can convey a personality and behavior), told me that «in Unity always gets a circle as a placeholder to set’; seen that way, in Circles the assets, all models 3D or sprites or motion capture data that normally enliven the virtual world of a video game, the creates the imagination of who plays, playing (if necessary) the way of being of the rest of circles. It is very suggestive, and benefits greatly from relaxation that raises the carefree and steamy romp that will inspire the zen games. It is a medium deceptive loan: the ambient that plays in the background as he punctuates with blows of jazz drummer, gentle stretches of Circles are the prelude to more dangerous and demanding, tests the calm before the storm or how want it to say; the thing is that at the end it is not as casual as it seemed, or at times so relaxing. This can be until you hear: more catastrophic are those in which more boxes and toms and rides sound. 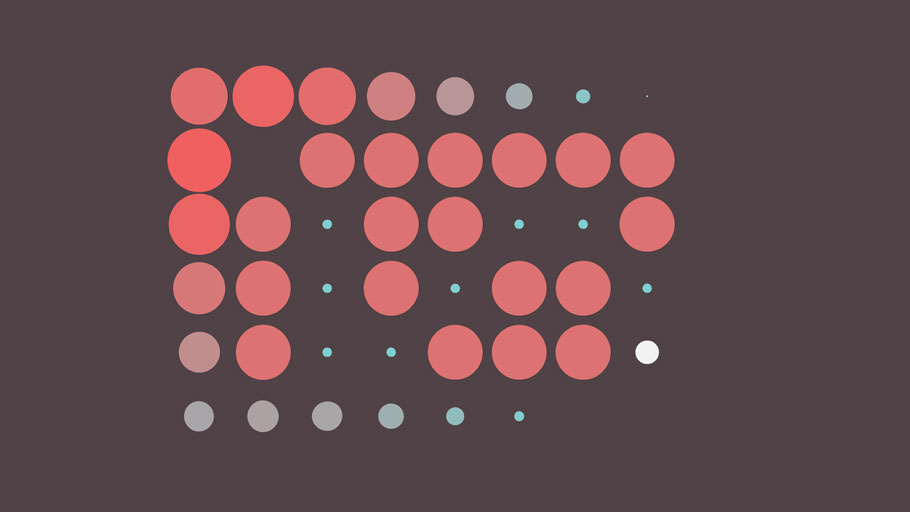 The auction of Circles are the additional game modes which are unlocked, and that twist the normal levels and give them an extra complexity. These modes are interesting in varying degrees, but generally bring something valuable to the game: which spin levels makes things a little more difficult, and perhaps that is unlocked so soon; However, that makes the cursor go becoming more and more small to disappear if we do not seek the best path to reach the goal forces you to think in a different way in levels, and leaves out the strong points of your design. Does not seem to me essential to enjoy and understand Circles, but again it is a bet by the grateful completeness in a game so for everyone.

The idea refers to a short game, for example to the demo, and when you think that now it won’t provide more than Yes Wimmers gets another idea, another twist that surprises and intrigues you. Long ago with very little. It is a game of tremendous creativity and intelligence, in which all (the absence of text, simple but effective visual design, the structure of the worlds, with changes of pace and intensity constant, never quite comfortable) is subordinate to a clear basic idea being pursued without half-measures, that indispensable when there is no way to know if someone is going to want to hear what you have to say confidently. Circles is not a masterpiece, but it does not look for it: is better far away from the noise and the fury of our great games, making what you fancy with its circles, quiet. [8]