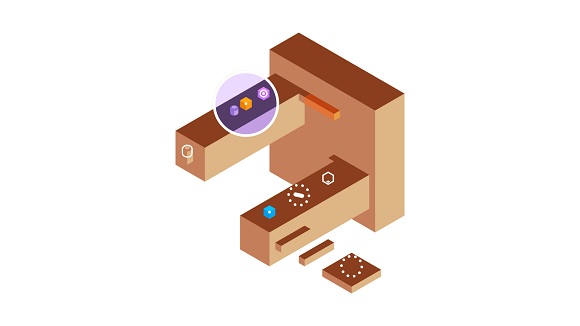 Timecrimes goes about a guy, Hector, who collaborates with itself to solve a puzzle; After travel time in time travel, Hector unfolds, trace a plan and tricks to solve a puzzle that gives answer, ultimately, to a mystery that only exists within the film. It is a film having fun creating a game of cosmic coincidences that end up forming a tapestry that someone (Hector 1 or Nacho Vigalondo) had more than prepared in advance, and which does not need any reading more than their own internal logic to justify it. Induction works in a similar way: here, instead of Karra Elejalde have a cube that travels in time and collaborates with itself to achieve the goal, by manipulating several timelines to unfold, make a plan and delude itself to find a solution to puzzle 50.

Time travel film was, of course, inspiration for Induction, that «was born in 2013, as my response to a discussion on if the Terminator argument made sense», explains Bryan Gale, creator of the game. “For a long time I had wanted to make a game about traveling in time, but this settled what he wanted to do with the idea, which is to give players an intuitive understanding of extravagances which enables the travel time.” Induction can afford to operate at a level that most films are not: here there is no dilemma about mothers who love their children, hired assassins who are murdered to themselves or scientists exploring the ethical boundaries of travel in time, but schematic demonstrations of various problems; the interest lies in the clarity with which you can see the solutions, the ways in which resets the balance in the world when it meets a level within the parameters that allow the internal logic of the game.

«It was important for me to stay strictly with that, at least, give the feeling of being a plausible model of how the journey in time, and making Induction process began with myself by discovering what allows this model», says Gale. Level to level, increasing the difficulty gradually and organizing their challenges in different sections (which represent different ideas, different ways of facing the logic of trips at the time), Induction is made to understand and stays one step ahead of the player, always with a new idea that disrupt the most obvious strategy. Have it clear until you realize that you have engaged in a paradox: your journey back in time to prevent the existence of your above I come to fruition. Coordinate properly stock cube 1 and cube 2, or 1 cube and cube 2 and 3 cube, is Induction equivalent to not stepping on a fly in the Paleolithic to not alter the future, or not to kill your grandfather.

Through their 50 cartoons, Induction allows us to do magical things using standards well defined and more mundane.

It is so easy, in fact; You can explain in more detail the operation of Induction, but it is not necessary. The simplicity of its proposal (reach the goal; you don’t interrupt the trajectory of your other selves) it complemented perfectly with a visual design clear and elegant, almost oulipiano on the way in which limits strictly parts having at your disposal to give way: four-color, four geometric shapes and four musical notes (i.e. a (: the soundtrack is very good) you are enough to propose these five dozens of temporary adventures. What travel in time Videoball is ball sports.

It is still a good time for fans of puzzles. Is an interesting genre so it has more or less timeless and more or less universal: with good examples, gives the impression that anyone could play them at any time in history, and perhaps why the temporary theme going as well to Induction, which is that you start to play day and when you want to realize it’s made of night; It also seems that when you play you’re in a place out of time, where jumps forward and backward, rewind and fast forward, have all the sense in the world. Bryan Gale, as timecrimesplay, poses a question and you will taking response in response, and fun is in let yourself go by them until the circle is closed (the level selector is, literally, a circle; several concentric, in fact, as different ramifications of a timeline) and see the whole picture. One of the great games of puzzles in this year. [9] 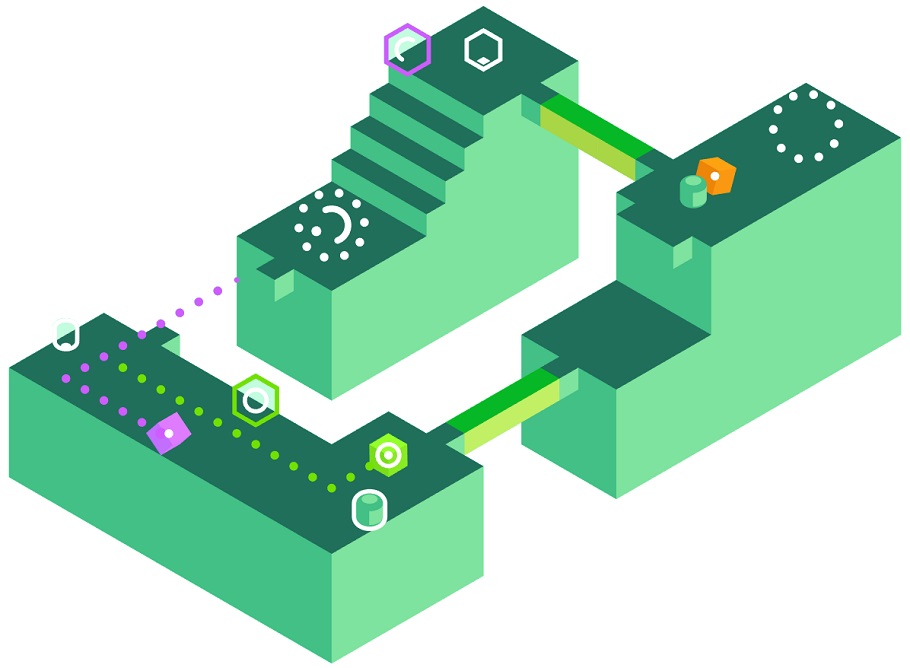