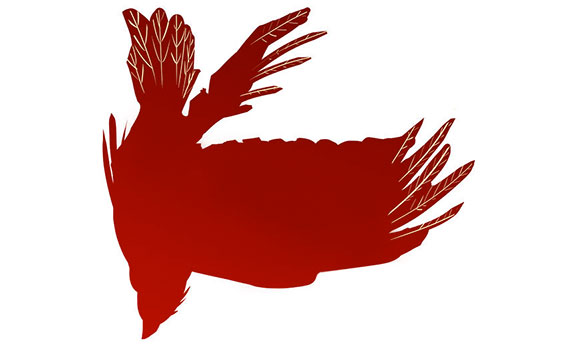 Not make lack stimuli more complex that lyrics to be able to imagine a band sound; or a metronome to understand the hectic of a paragraph; or graphic guidelines to see a written history. Pour enthusiasm (involuntarily) in a narration to live it with it greater clarity possible; the same one that generates a disappointment when it comes, for example, the premiere of a novel adapted to the cinema. Because disrupt the inner world that we imagine reading is violating an adventure that had become, and that in some way from that moment you must share with suspicion and in communion. Pass to form part of a mass that it means from beginning to end according to the same pattern of cutting. And, then, accept that they have chewed your imagination so everyone can swallow it. I say this because Virginia I just teach a wonderful experience calling me only an unconscious immersion. Has been read a novel that takes the story on Rails, but that ends being what is by the sense that we want give you.

The debut of Variable State is an attractive and risky proposal, among other things because it starts with a few unusual standards in terms of main characters. Is the first time that game a thriller police where the two main protagonists are of race black. Tracing us to them years 90, us put in the skin of Anne Traver, just before accepting his first case as agent of the FBI; not know nothing of its last, nor of its present, but yes the importance that you gives to reach that since in particular. Opens on the computer with a complicated investigation: Lucas Fairfax, a boy from Burgess County (a small town in Virginia) has disappeared, and she is in charge of investigating what has happened. For it has with the help of Maria Halperin, another companion of the FBI that participates in the case. Of them go knowing more to move, as well as of the role of our consciousness.

Beyond the eye-catching look like history, truly special is the way to develop this synopsis. Is a shuttle. A psychological attraction. And it achieves this by combining the passivity of the actions with the agility of a full Assembly of ellipsis. You participate as a passenger, and never better: often advance the plot going passenger in a car. In fact, I like thinking that is an invitation to live the experience with that particular perspective. A couple of years, Variable State told us that Thirty Flights of Loving was being a reference for your adventure in the first person, and also recognized the parallels that may exist with games like Gone Home or Dear Esther. The inspiration in them large thrillers television, above all them of them ninety, is so evident that almost not makes missing or mention it: there are shadows of Twin Peaks and record X by all sides. Although, to determine the gender, I would put in the middle between thriller and mystery, since the universe observed first-person does not allow that the protagonist has much anticipation about the events. It apparently is it known; both for us and for her.

Although the approach can predispose to action, they already wanted to warn at the time that no would be a substitute for L.A. Noire, and it has been a very successful warning. As a character, we do not adopt a role of detective, they reincarnate an experience of consciousness and understanding, to the point that the gratification that you have as a player is our own interpretation of the experience. In the same way as in a book automate the fantastic conception of the world, here suggest us early on that we automaticemos the dream trial: the dimension in which more importance have interpretations. Full weight falls on this because the interaction is almost zero, and yet essential. The most active players probably throw in lack another type of requirement to the controls, but everything you can disrespect joystick game has it involvement; I can’t think of any other bond that may be more addictive than this. So it is important to make it clear: the land that have wrought is for passive players, but for active spectators.

Do you know the feeling of a lucid dream? It is the experience more similar, and ephemeral, a video game that we can experience ourselves: be aware in an unreality and act on it as it suits us. It is practically black magic. Virginia is obsessed by these experiences, capturing moments as complex as experiencing a dream of false awakening, extracorporeal experiences or dreams with a prelucido point which is not completed well discern the reality of an environment. And along with this, all the concern that prints the dream world inside the story: tangle constantly, punctuating the meaning of all the adventure with fantastic metaphors. They contribute to the story confusing, leaning out unexpectedly and participating as a window of subjectivity to everything that surrounds us.

Taking into account that the lines of the game tend to a television language, soundtrack they wanted to give it a respectable place. And its form is brilliant. Heavily-loaded film, the greatness of the soundtrack gives the most evocative emotions weight without doubts. Lyndon Holland composition and the interpretation of the Symphony Orchestra of Prague leaves an immensity that not so much by the number of interpreters, but by the right which is the orchestration. They are advancing sequences crowned with fine points of synchrony musicals that are responsible for the emotional charge. In fact, it exerts the same force as a co-star; one extradiegetico, invisible but perceptible, charged to make us a mattress for our interpretations. Virginia makes its mark with a pair of leitmotifs, and use of music that, for a time, has lived a time lower in video games: tends to make incidental musics, of core funds for large productions, bumpers that often remain at second or third level. Here not only seeks to support actions or sentimental moments, but that sum in an extraordinary way.

The capitulation by days makes delve much into the characters not too easy: the story unfolds very quickly with a deliberate agile rhythm and intensity of the lives of the characters contrasts with the so shallow way that are explored in the game. Them frequent ellipsis us deny information that encourage to understand it best possible the present: filled the hollow of the context playing basically in the flat more intangible. But the best way of explore an essence not is to machete: is seems more to the definition thorough of a chisel. And Virginia has all this without to pronounce a single word. [8]