Analysis Snipperclips – to trim in the company! 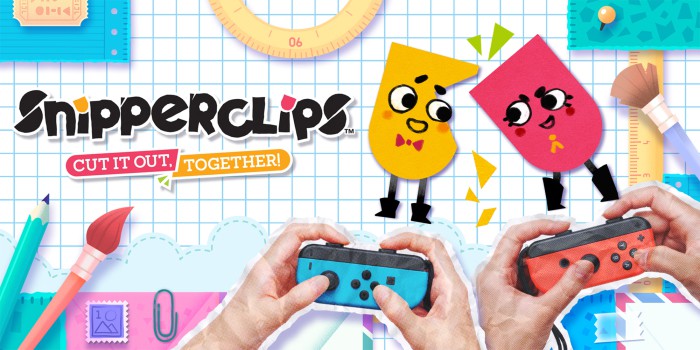 Nintendo makes standard the development of games that take advantage of the uniqueness of their new systems. Wii Sports sold the concept of commands with motion control. Mario 64 established a link with the Nintendo 64 controller and DS had numerous productions using rightly the dual screen and the ability to touch (Phantom Hourglass go no further).

Snipperclips is the game that sells part of the concept of Switch. That portable game that can be enjoyed anywhere it fits like a suit tailored for the hybrid of Nintendo with Snipperclips console.

A genius in downloadable format you must not escape if you want a game to enjoy mainly in company.

Snipperclips is sympathetic in the technical field and at no time intended to go beyond theme graphics. His goodness is found in the system of game and great level design that presents. Facets that they sustain with a physics system that fits perfectly with the proposal. 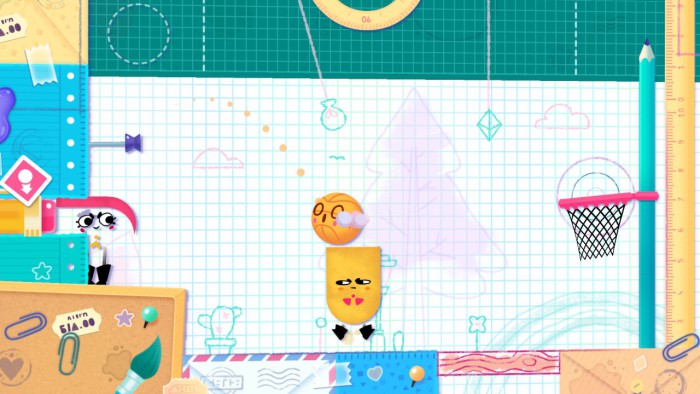 The proposal is as simple as addictive: two characters are arranged on the stage and have the ability to be able to cut out each other. To trim just bring us closer to the other main character and press a button. We can cut generating different forms that help us overcome the puzzles we have levels. If the form is not desired, simply press a button to return to our basic form and we will try a cut that is close to what you want. Our characters will interact with the stage, Crouch, making squatting or jumping. With these actions and with a bit of ingenuity will be us enough to pass the levels. Levels with an inspired design and with a well determined system of physical underpinning much play this simple game system.

Plan a strategy and try to carry it out is a joke
Let’s imagine that we have to press a button which is located at the bottom of a tube with limited diameter. To access this button we can trim the other doll to give a fine form that enables it to reach the button. When you press the button it is possible that drops a ball of another point that should be introduced in a particular area. Simply cut out the remaining protagonist giving it a certain way so that you can pick up the ball with ease and then both characters can help to get rest on the site asking us for the level. At some points you may we agree and others possibly find a different way to finish the level. And that is all about: the possibilities that gives the game.

A game that can be enjoyed solo alternating control of the characters, but Needless to say that the pure fun is achieved in the company. Reading level, plan a strategy and try to carry it out is a joke. Things do not always go as one believes and it is necessary to adapt to get succeed grotesque situations proposed by Snipperclips. 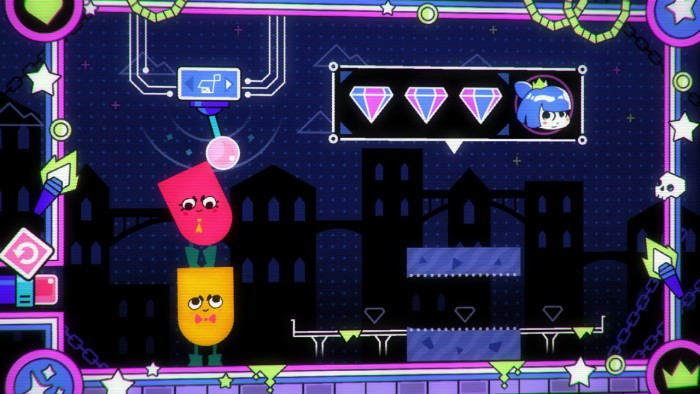 Some levels added variations to formulas already views and others will introduce a new approach. Is the form that is, the game is very entertaining and it flies in the company. Playing two people will have for at least 3 hours of gameplay and also you have the possibility to play 4 people in collaborative or defying the rest. Two, it is easy to be understood, but four is given a chaos that is so messy and fun.

Trim (has its depth) and collaborate with the other characters to beat the levels is a formula as basic as grateful with the fun and the multiple possibilities that generates. The material which includes becomes short and would not have come too bad more than content.

Snipperclips is a surprise and a product that nothing has to do with the rest of games that you can buy right now, whatever the system. We have an experimental product that on a basic formula gets deposited several levels of complexity, but that are easy to run from virtually the start of the game. 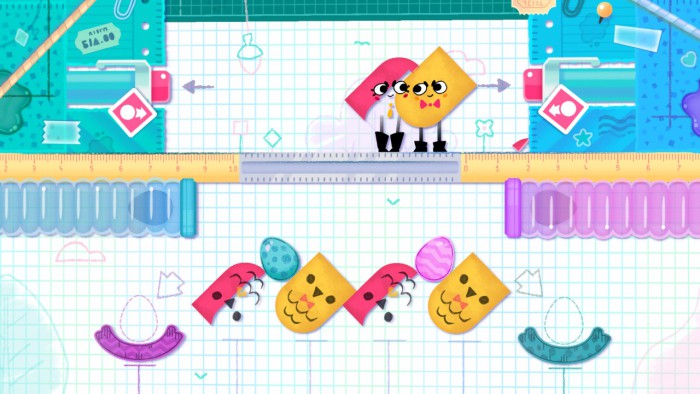 A different and very entertaining to spend in the company game. Snipperclips is a game more than recommended and which we hope will be the first of many new developments by Nintendo with the aim of offering something new.

Snipperclips – to trim in the company! now on sale in the eShop of Nintendo.

Previous Nier Automat: fight against the management of the company in his DLC
Next House of Cards: videogames that explain