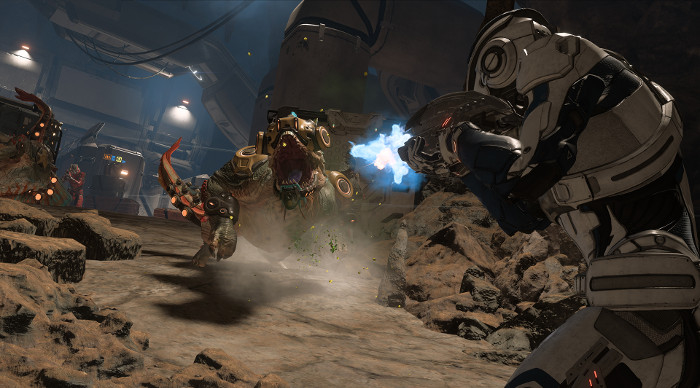 About the DRM in video games we have already spoken on occasion. Although we have not focused on Denuvo, a protection anti-copy focused on games for PC. Software that prevents illegal copies of own video games you can play. However the same, in their latest versions, is lasting shortly before being cracked. And it is that the scene groups are getting batteries to clothes to break its protection mechanisms.

The latest example can be seen in Mass Effect: Andromeda. BioWare had implemented Denuvo in order to avoid that users could play it without paying for the title. What you didn’t know is that the protection has active lasted 13 days. That is, just two weeks after the release of the title is already playable with a non legal copy of Internet.

Let us remember that there was another earlier example: Resident Evil 7. In this case, Denuvo lasted a week. And Yes, the group responsible for breaking the protection is the same that has been responsible for Andromeda. From the developer of Denuvo team claimed, in his day, the fact of crackearan protections was not something that frightened them since that indicated to them that they should work better. And it seems that crackers are putting the batteries: increasingly are released patches to play in less time illegal copies.

Mention, in any case, behind Denuvo and Mass Effect: Andromeda is a multidisciplinary team of people working to get us good experiences. The most logical and ethical is to buy video games.

Previous Roots of Insanity, the new limit of terror for PC
Next Stellaris: Utopia lands in the universe of Paradox