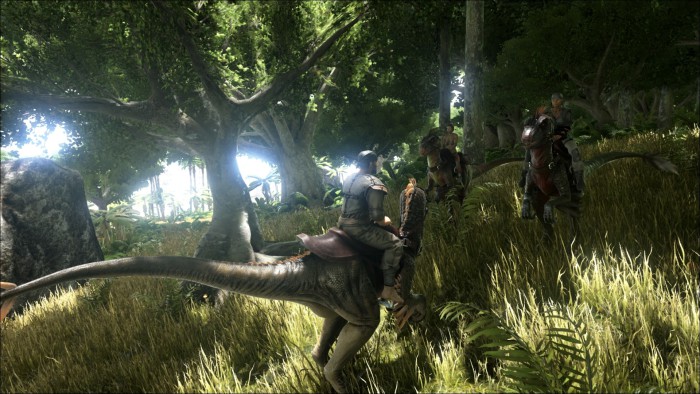 Comes the weekend and with it, the already typical promotion of Steam that allows us to play some games in its catalog for free. This time the chosen ones have been Ark Survival Evolved and Rainbow Six Siege by what the “weekend” is presented full of action for those who want to enjoy these two radically different titles in its approach.

To play for free Rainbow Six Siege and Ark Survival Evolved during this promotion only, we have to have an account on Steam. Once satisfied this requirement, we only have to download one or two games and we can enjoy them during the promotion. Moreover, both titles are reduced during the weekend to try to tempt those who try them.

This promotion is especially interesting since it allows us to test Ark: Survival Evolved, one of the games most popular and ambitious of this genre of the time. A title that is receiving updates constantly and that despite being still in the phase of early access, its creators never cease to add content and take care of it. As for Rainbow Six Siege, it seems that it has corrected many of the problems which caused enough rejection among users, so it is also a good opportunity to check that the game is.

Both games are now available to be played for free, so if you are interested in promotion don’t miss time, since the weekend has always just before what we expect. It should be noted as ending this period, games will disappear from our library if we don’t buy them, but if all the progress that we have obtained will be stored.

Previous Advance of Metroid Prime: Federation Force
Next APE Escape 2 could be the next classic from PS2 to Playstation 4