Beautiful Desolation begins its process of funding on Kickstarter 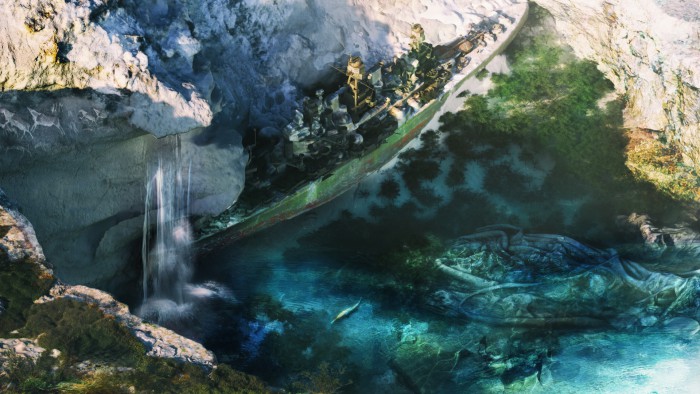 The skills of The Brotherhood when creating isometric graphic environments were patent with Stasis. A work that not only was capable of captivating to them amateur, also to a figure so outstanding as Brian Fargo that not has doubted in sign to this team to collaborate in Wasteland 3. Now, after the success of Stasis and the recent launch of Cayne, this small Studio returns to Kickstarter to finance its new adventure: Beautiful Desolation.

A graphical adventure set in a distant future dystopian strange and wild and captivating beauty. For this purpose The Brotherhood has set itself a target of 120,000 dollars that will allow them to take this project forward. A high goal, but allowing to study print Beautiful Desolation, something that it could certainly be blamed on Stasis whose graphics improved graphics was rather poor.

By what you can see on the page of this project, The Brotherhood has enough advanced road, at least in what refers to the design of environments. Images that can be seen are the peculiar world that is being created for Beautiful Desolation and key, as the protagonist and his curious robotic companion elements. One of the most interesting aspects of this title is that for the creation of environments landscapes and photographs of Africa has been taken as a basis, and that they have been reinterpreted to adapt them to the universe of Beautiful Desolation.

Beautiful Desolation is planning its launch for October of 2019. However, these projects are often extended almost always, so neither would be nothing strange to be delayed and finally saw the light in 2020. By the time funding for the game is good and in a few hours has managed to get one-third of the money marked as objective so that the game can see the light.

Previous The Banner 3 Saga: its creators return to Kickstarter
Next Obsidian Announces Pillars of Eternity 2: Deadfire