Bloodstained: Ritual of the Night is officially passed to Switch

When the project of Koji Igarashi was delayed until 2018 already caught our attention that Wii U was still between launching platforms, and suggest that it was quite likely that you stop jumping from the previous platform from Nintendo to the brand new Switch that everyone is talking about. The fact that a few months ago two other studies is incorporated into the development of Bloodstained: Ritual of the Night may also have some relationship with this need to change plans.

The announcement is not official but there is a kind of unofficial indication: Nintendo of Europe has sent a video to the users of Switch where they leave some of the more than 60 indies that will be part of your catalog, similar to what they did last week. The difference is that now in that collection of logos is the Bloodstained, which did not have site in the batch that initially there was talk, and whose appearance somehow sealed the agreement between Nintendo and Igarashi. 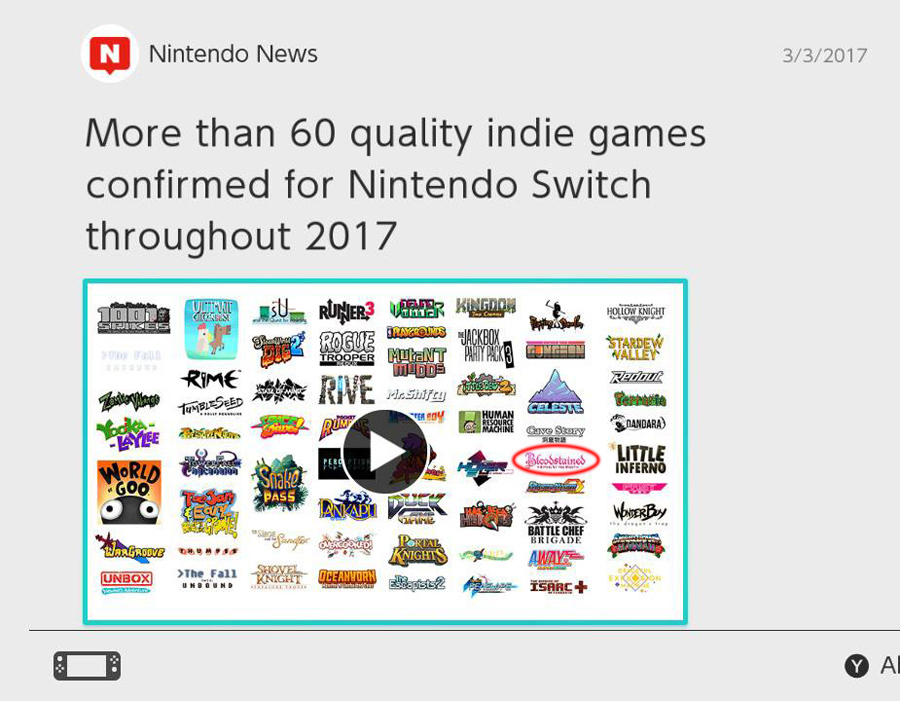 Yet it has not come out to speak none of those involved in the development, although their statements would be especially important to know if the version of Wii U fades with that version of Switch or not. Everything indicates that this is, and that the Igavania financed by Kickstarter will be released in the hybrid of Nintendo with PC, Mac, Linux, PS4 and Xbox One, and of this we also have any other doubt, Vita.