Brawlout reveals to Volt, a shaman with electrical powers. 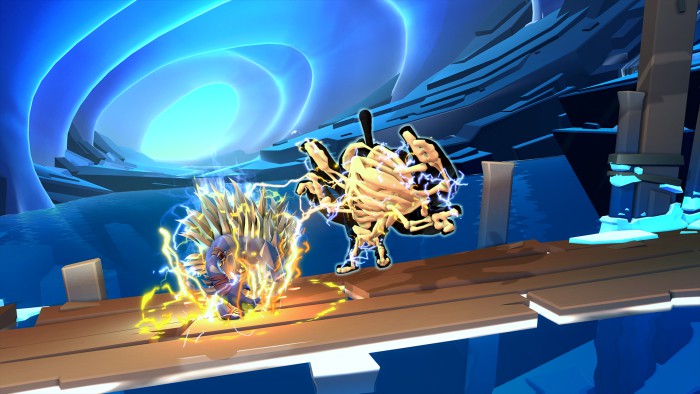 But before, if you knew not this future project of Angry Mob Games, you should know that Brawlout follows the proposal of video games like Smash Bros. Brawl, adventures of struggle mixed with platforms. On this occasion, we will face a moderate cast of characters (six acquaintances, two unknown) and colorful 2D environments , combined with strong special effects and a very interesting set of movements for each of the characters. In addition, you will have both the online and local multiplayer option, featuring battles of 8 players at the same time.

Take a look at the trailer for the new character to better understand how to be Brawlout, although if you are followers of Smash Bros. Brawl, you must already have something in mind. On this occasion, Angry Mob Games reveals Volt, a shaman with electrical powers.

After Rival of Aether, Brawlout is a different proposition. If you like fighting games and the platforms, don’t view Brawlout. It will be available starting April 20. In the third quarter of the year, the video game will be released for Playstation 4 and Xbox One. However, unconfirmed day.

Previous How does the work of Hideo Kojima, the father of Metal Gear?
Next KOEI Tecmo convinces the Japanese with their news