China prohibits the distribution of games developed in South Korea 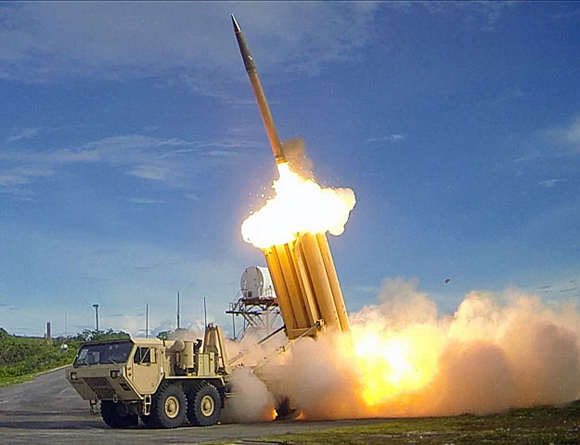 In an era in which the Chinese Government has not stopped giving show some opening and allowing video games, its more conventional aspect and industry, to enter finally naturally and will progressively (through special trade areas) in the domestic market, this week seems to that the issue of the games in China has taken a step backwards for reasons other although not quite : Xi Jinping Government has banned the distribution in the country of games produced in South Korea.

The ban has not so much to do with cultural or ideological factors as far, as with a directly diplomatic issue. Apparently the new protection system missile THAAD (Terminal High Altitude Area) that South Korea is installing in its military bases with the help of United States has generated important tensions on the peninsula. Both Korea North as allies of China and some voices from the Government of Russia considered the THAAD a «direct threat against security”, a weapon of mass destruction masquerading as a defensive shield. In fact even some South Koreans see a danger in the THAAD: consider it the perfect excuse to make his enemies decide to attack.

The Chinese stance, beyond that can feel threatened by a system that only has a range of 3,000 kilometers, it makes sense for a key factor: the involvement of the United States. The crux of the matter is completely tactical: in the event of a U.S. attack with long range missiles of China, these missiles would just pass that detection of the THAAD radio and could be neutralized in the air automatically before even reaching the Pacific Ocean. Chinese intelligence believes that the shield is not a South Korean prevention against a possible North Korean bombardment both a first line of covert defense of United States, which in addition also would limit the air defense capability of China part of its own territory.

So China has been playing in the Pocket, which is where it hurts, by blocking not officially part of the entertainment industry Korean in his country, which moves millions in series dorama and commercial films, to base remove Korean streaming services content. As a result, gamers also have finish suffering the same fate: have stalled because of new licenses to distribute games developed in Korea of the South, which has a sector of software development very based on its enormous sphere of influence in the Asian market. At the moment this decision is already affecting Nexon, one of the major developers based in Seoul, whose shares in stock market fell sharply during days and begins to speculate with the possibility of the company to drastically alter its expansion plans in China, market that generates each year 40% of profits. Little joke.

In principle the only veto affects games by launch, not to those who already obtained permission to be distributed before the ban, so projects like Lineage 2: Revolution, which is in the process of localization to Chinese, time will be slowed their launch plans.

As explained in PocketGamer, the Chinese Government has been allowing the arrival of foreign games in its territory using a licensing system which obliges the developers and publishers to partner with local companies who are responsible for overseeing that everything is in order (the requirements to leave a game in China are quite strict) and take care of the distribution process. It is a way to do a little more Chinese the games that are not Chinese and one of the reasons why Tencent is a giant beast that grows like crazy.

It is unknown how long it can last this block as a result of the diplomatic conflict, and indeed the experts do not rule out that at some point the Ministry of public security decided to also revoke licenses already approved games that are sold in China or who are about to do so.

2017-03-10
G2F
Share
Previous The Binding of Isaac: Afterbirth + on sale for Nintendo Switch on March 17
Next Special Torment: Tides of Numenera, its links to Planescape: Torment