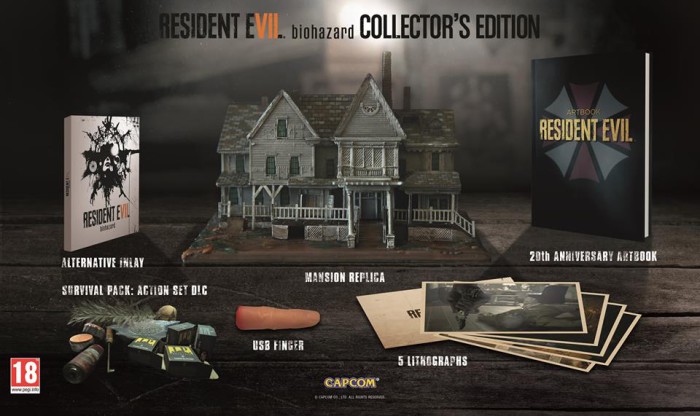 Resident Evil 7 details the contents of your collector’s Edition. Edition now available for your reservation and that includes material that surely will leave satisfied supporters of terror of Capcom license.

It seems that this edition will include the game, at least is what has confirmed Koch Media on Twitter. We will see if it is confirmed through in a more informal way (Note Press or official statement from Capcom about the topic).

Previous This is the first patch of 7.7 GB Final Fantasy XV
Next The preservation of video games is the subject of the documentary Game Preservation: The Quest