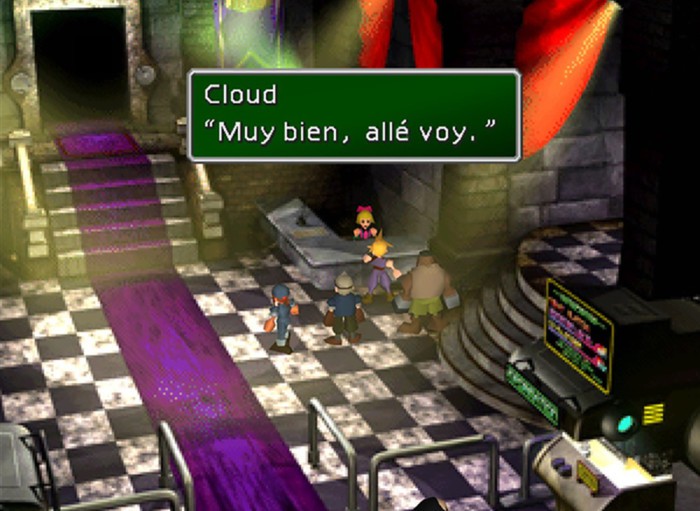 When you think of the fans, it is quite noticeable. Square-Enix has left a little love note to all fans of the most popular adventure from Squaresoft, Final Fantasy VII on the new title of the franchise, Final Fantasy XV.

Recently, were allowed to some newspaper industry sample Noctis and company Adventure during six hours of play. It is impressive, we cannot say less, but If there is something that has caught us attention is a small claim in the form of nostalgic brooch.

Final Fantasy VII was noted for many things, but one of the most discussed points was the translation. At a time of adventure, when we are given free access to the Gold Saucer, can present battle in the corresponding section of the amusement park to win one of the most suggestive objects of all the video game: omnislash.

Interesting thing is that Cloud, to launch out into the sand, exclaims: “Alle voy!”. This phrase, which has transcended over the years and has become a nice detail that fans do not forget, has been resurrected as a wink in Final Fantasy XV. Promto, one of the companions of Noctis, repeats the famous sentence of the former SOLDIER. 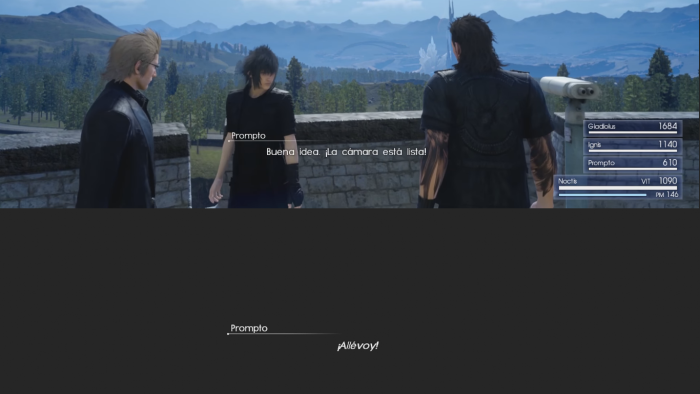 If you do not crecisteis with Final Fantasy VII, can not understand the emotion that can be assumed. When it comes to translating the texts, they have wanted to keep this little nod to trap us which were part of what at the time. Will it hide more so potentially beautiful easter-eggs like this? See it!

We rub their hands. Hope that not evening too on get.

Previous Square Enix is exceeded: announced Kingdom Hearts 1.5 + 2.5 HD ReMIX
Next We will get more data from Nintendo Switch in January