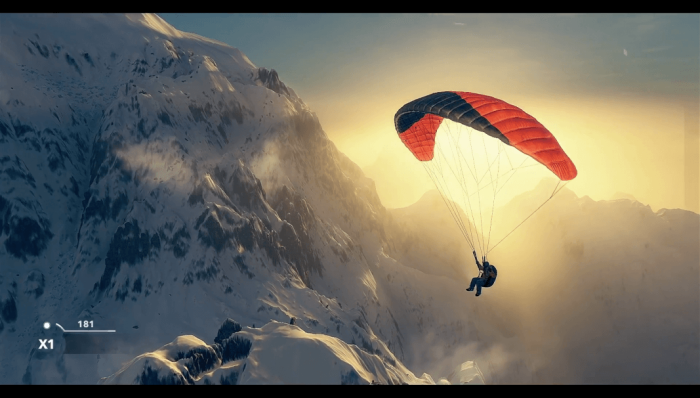 Ubisoft will market its first sports game with Steepin December. A arcade that will introduce several sports of winter- and others varieties that fit perfectly in the formula-in an environment open and connected where can compete in all these disciplines against friends or other users.

The people of PlayStation Access has released a video of a very early from Steep build. In this video we have something of snowboarding, skiing, paragliding and a test with the wingsuit or costume winged.

Notice that technically is note that is a build early and that contains errors in that field that I guess is will repaired in the version final. That behavior of the snow in the test of snowboarding is very infamous. Not is it unique, but da bad appearance.

The development is fast and very arcade. Downhill design appears interesting and can be entertaining, although it has something in the rhythm that fails to convince me. I hope that the street version will be better profiled.