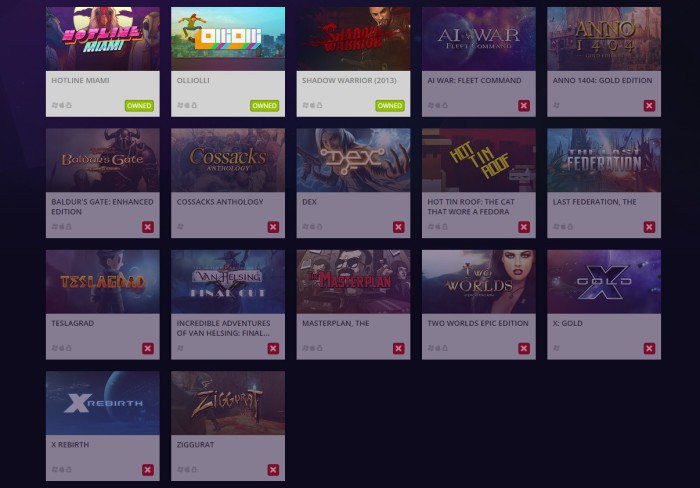 The GOG Connect app back in operation and thanks to it we can import new games from Steam. As some may recall, this official application launched a few months ago allows us to link our account of Steam with the GOG and thus share certain games. A successful maneuver by CD Projekt in order to popularize its digital distribution platform and that until now seemed that it had fallen into oblivion.

This time video games that you can unlock in GOG for free if we connect both accounts are as follows:

An interesting list, especially from indie games, allowing us to make us without any compromise with all these titles DRM-free versions. All an incentive for those players who like their games do not have any restriction that allows them to enjoy them at any time.

It should be noted that this peculiar “offer” is not available indefinitely and that only have 6 days to link these games with the account of GOG. After this period, this possibility will expire and will not be possible to benefit from it, at least in the short term. On the other hand, deserves the penalty be attentive during these days to the application of GOG Connect as in the last edition is incorporated some titles more “of Sly” before end this promotion.