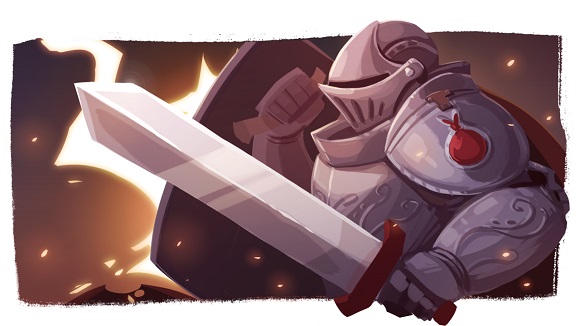 Humble Bundle has detailed the way in which fight against fraudulent sales at his store once platforms such as G2A were involved in a serious controversy for helping to create, in the words of Alex Nichiporchik, CEO of tinyBuild, a ‘black market’ in which sell acquired codes with, for example, stolen credit cards.

These clarifications seem especially important ahead of a store that has grown very big in recent years (on your blog speak of “more than one million sales (…) in a normal month”) and one that G2A put in the spotlight to defend themselves against the accusations of tinyBuild. «Honestly, think that you would be surprised that not is a fraud, but your partners of resale doing what best is les da, sell codes», said from the company in response to Nichiporchik.

The process carried out Humble Bundle consists, as explained in his blog, six steps. The first thing is a risk assessment that takes place Sift Science, a company that studies shopping data to automatically identify those that seem suspicious. Have state «training» the system «during years along 55 million of transactions», and «the model is adapted to daily to get more data», by what not them is difficult «know when someone is proposes something bad».

When a transaction is considered high risk, calls a verification by SMS, which if confirmed is that intentions are not clean, the ban by phone number. «This can be annoying for them consumers legitimate», recognize, “but thanks to the learning of our machine, only to a small percentage is le requests the verification». If there is still risk of fraud after verification, starts the third step: the manual review, which checks the history of purchases and other data to ensure that the transaction is legal.

The fourth step is concerned with the limits of rates and the implementation of captchas. «If someone is jumps all it others», explain, “still can steal two copies of a game, but will have that steal another card of credit to steal the third.» We are among the first cases of the latest implementations of Google captcha test.

The next thing is to cancel codes if the situation requires it. If they discover a fraudulent purchase once this is done, cancelled the order, partners download page and Steam, Origin or uPlay codes removed, and sent them back to its makers. “The person that has the code loses the access to the game», they say. «If bought it in a resale», as in G2A, that platform «lost reputation».

Finally, they speak of daily work to prevent these situations. “We monitor daily fraud, and we are always playing variables at each step of the process that we have mentioned,” they explain. «The scammers are persistent.» They insist and insist until they find a hole. When it found, us also what we do, and it closed. We have a great relationship with our payment processor. We even have a shared with Paypal and Stripe channel of Slack so that when we find a problem, we can work together in real time to diagnose it, fix it and improve together our common system».

According to Humble, this system is already significantly reducing fraud. “We have seen how scams rise and fall, but generally are only a small fraction of the transactions that we process in Humble Bundle,” they say. Scott Klonan, one of them desarrolladoes of Factorio, says in the same article that the widget of Humble through which processes some of them sales of his game has “reduced the cost administrative of sell in our web at least in a 90%».

The company apologizes if someone suffers these security mechanisms by mistake, but says that “it is an unfortunate necessity to protect the products from our developers”.

What Humble Bundle has made public arrive after G2A also published its own list, which detailed how he planned to fight fraud. By the particularities of its platform (although they also think about professional, its main objective is offer to the particular point of sale that offer games that have repeated, mainly), their actions are more focused at the time after purchase, instead of trying to eliminate the fraud before it occurs. “We know that this is just a few steps into the road towards the creation of higher value and more security for all our vendors of this market constantly changing, and we will offer news as we have new solutions to share,” said G2A.

Previous The games with Gold in August are WWE 2 K 16, Spelunky and more
Next If you want to keep your Xbox LIVE gamertag you will have to log every so often