LawBreakers will have a beta closed in mid March 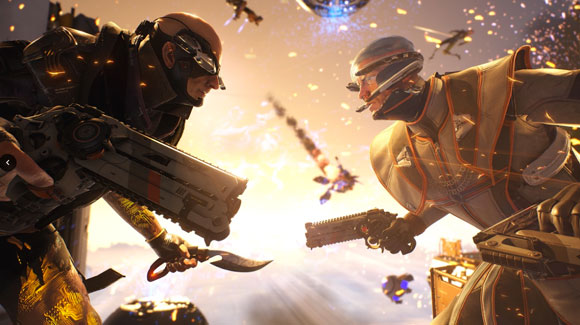 LawBreakers, the first game of Boss Key Productions (the study post-Epic Games of Cliff Bleszkinski), will put up a beta closed from the 16 to the 19 of March, according to has announced the company.

The first look at a closer to the beta build will take place at the PAX East this weekend, where Bleszkinski and his team will show the progress that has been made since the alpha from last year. Among the novelties there are «several very expected roles that offer a greater variety of play styles», says the press release, as well as «improvements in balance, additional maps and more».

Boss Key has released a video in which the beta is anticipated and is spoken a little news; you have it here below.

LawBreakers was announced in August, 2015, as a new, free shooter who had back to Nexon, the free-to-playKorean giant. Its emphasis is on movement and how use it to eliminate enemies and traversing the maps, as well as the different roles that can assume on the basis of the class to choose; It is one of those that we now call hero shooters, which is set in the popular MOBA in greater or lesser extent, especially in matters of team play, and translate it into shooting game.

The project progressed until March 2016 Boss Key announced that LawBreakers ceased to be free-to-play. «We didn’t want to get into that well to buy energy and other dastardly techniques so common» in the free games, Bleszinski said at the time. «Many of the traditional players still have that react with a grin when you suggest that something is free, because they think you’ll cheat them».

Most powerful phrase about this change in business model the art director for the game, Tramell Isaac brought her: «we were more focused on thinking about how to make money how to make a good game “.

We’ve been seeing complete games and reading to Bleszinski talk about his intention to offer the current dudes «a arena shooter in conditions»; I liked what I played of the alpha, truth be told, but I missed a speck of personality somewhere. It remains to be seen how progress has been made since then; anyone with curiosity can sign up for the beta at the official website of LawBreakers.

Previous Nintendo Switch: good debut in UK, problem synchronization Joy and more…
Next Switch and Breath of the Wild in the USA sales set a new record for Nintendo