Minecraft will have micropayments on Windows 10 and mobile 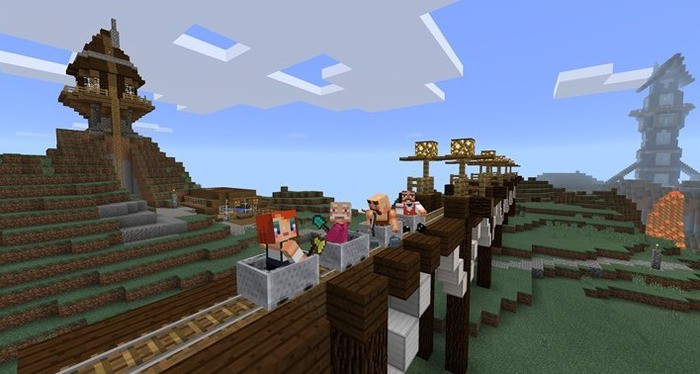 If you have played the versions for mobile devices and Windows 10 of Minecraft, you noticed I that they are somewhat more limited than the others, with less features and a graphic adapted to each platform. In fact, Mojang AB still working in order to equate all editions, something to which the users have complained on more than one occasion.

Well, has announced the own Microsoft, these editions, i.e. those of 10 Windows and mobile, they will receive during this spring a Shop which will be possible to buy content created by users. Virtual money that can be purchased with real money will be used in the same.

During the launch, there will be nine authors thanks to which we can purchase maps of adventures, packs of textures and mini-games. It must be taken into account that Microsoft will add new creations of their own creators, each month. In fact, anyone with a business license can join the initiative and try to implement their creations.

Finally, mention that virtual currency with which we can acquire the contents already have temporary prices for the American market: 1.99 dollars for 300 coins, 840 coins $4.99 and $9.99 for 1,720 coins. It should bear in mind that the minimum price of the products is 300 coins. i.e., 1.99 dollars. For the moment, however, know the prices for the European region.

Many users wonder why the only store will be compatible with the versions of Windows 10 and mobile. The reason is that you required compatibility with video games that have been developed in C++. In any case, Microsoft has not spoken about the possibility that the store made Act of appearance in other versions of Minecraft. For the moment, we will keep waiting.

Do not forget that this store will make appearance in the Minecraft for Windows 10 Act mobile in the coming weeks and. Stay tuned for updates are announced.