I don’t know if in 1984, when the first punch-out! was premiered in arcades, anyone could imagine that boxing games end up being as Fight Night Champion. The photorealistic graphics were then so far I guess, like the possibility to simulate the left hooks by means of a control system with two sticks and other so many triggers. The EA Sports game is impeccable, wonderful, but the other is Nintendo; connections, the anecdotes and the implications for each of its projects of the time not just never. An example: without Genyo Takeda, responsible for punch-out! Perhaps there would be no Fight Night because maybe there would be the analog stick .

The sad demise of Satoru Iwata returned the name of Takeda holders. Together with his friend Shigeru Miyamoto, he made acting director until the appointment of Tatsumi Kimishima. Then reminded us Google, in addition to punch-out! and the mushroom in the command of Nintendo 64, this Mr is pulled out of the sleeve it battery for it memory in them cartridges for NES that, used by first time in The Legend of Zelda, allowed keep it split saved to the turn off the console. 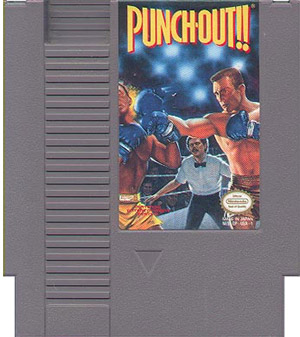 More. In another interesting and exciting Iwata Asks the own Miyamoto reminds that Takeda is «first Nintendo Designer». He meant by EVR Race, a rare horse racing machine that has the pleasure of being the first video game company. It is a beautiful and full of «(laughs)», talk to remember the names of those opponents that, we return to boxing, the applicant had to knock him out to win the belt:

Miyamoto: But then the interest of Takeda had turned in a different direction. Began to focus on the details of the game. He said things like, this opponent’s weakness is the Chin, so call it “Glass Joe”. It was not even cartoonist (laughs).

Iwata: There is an opponent of Italy called Pizza Pasta. Also he put him the name Takeda?

Takeda: Mean stays and is difficult to shoot down.

Iwata: In the same way that cheese sticks to the pizza (laughter). For many laps to give, me I can’t believe, that will happen to you, an engineer who claims to think about things with an extreme logic, a name such as Pizza Dough (laughs).

Miyamoto: in truth, Takeda is a person with a very free spirit (laughs).

Genyo Takeda currently has the charge of Technology Fellow, technology type; It is equivalent to Miyamoto, the Creative Fellowengineer.

And Pizza Pasta wasn’t even the Boxer with the most screwy name: (Wikipedia) history books remember Vodka Drunkenski, Russian champion who came to NES without alcohol and without grace as Soda Popinski. Also must mention Mike Tyson, with whom Nintendo signed an agreement for three years: with its black pixel between the teeth and all, was the rival in the last combat until the reissue of 1990 changed it by Mr. Dream.

The campus of punch-out! It is among the collections of topics more sympathetic and remembered of those years. Maybe cost more than they should get angry with the “lack of cultural sensitivity”, as they said gently in Kotaku when reviewing all the characters of the franchise, but what are you going to tell: our representative was Don Flamenco, a guy who began the round with a rose between the teeth and that warned of its hits, raising his fist in plan dancer. And there I wanted to I get: most noteworthy album of stereotypes is that impepinable design of reflexes and patterns – the fight against King Hippo is to teach it in the schools and Piston Honda by lifting eyebrows before fitting the host was pure next gen– which, from the most radical simplicity, always remember the dynamics of sport; the hearts represent the management of the effort and the stars, who are consumed with special hooks, are the symbol of the comeback when you are on the ropes. Without being I very retro, find it me absurd to what extent follows fun punch-out!.

Not much less surprising is the ease with which these people embroider it with its characters. Little Mac, a current type of the Bronx, could not be more different from his exaggerated opponents. “Small” was because another – was not green mesh drawing our avatar in the recreational era too for NES, so the perspective is changed and significantly reduced the stature of Mac- but those jumps to hit the face of the other added charisma and open a new door for metaphors and Parallels.

It is well known that as well, recalling that boxing teaches us about life, you must stop any minimally related to gloves and slaps text. Punch-out! He encourages us to get up after each fall and also tells us that there is only a good shape to it: crushing all buttons.