Murdered and Blood Dragon among Gold games for November 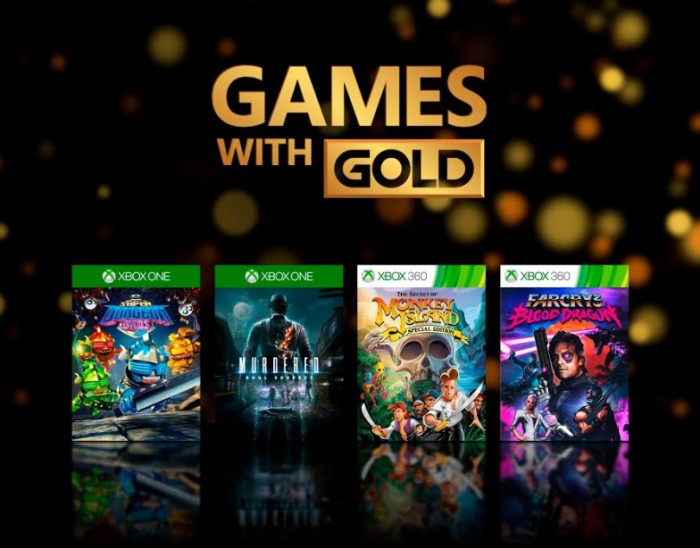 I have read many negative comments in the network on the quality of the games that become part of the catalogue of games with Gold in November and personally, is not the best month, but there are very entertaining bets and two that at a minimum I recommend to play (Murdered and Blood Dragon, give that the Monkey Island is mandatory).

Xbox One is made with Murdered: Soul Suspect, a very fun adventure with a plot well spun and interesting to follow. At the moment in which I analyzed it convinced me completely. Super Dungeon Bros invites us to explore to smite and some metal rhythm.

On Xbox 360, and retro with One, is the hilarious Far Cry 3: Blood Dragon. An eighties parody which catches borrowed the mechanics of Far Cry 3 to give something freak to the player (and musicote). Monkey Island again remastered. A game of gala that not you should lose.