Nintendo experimented with the format in a Direct too uninteresting 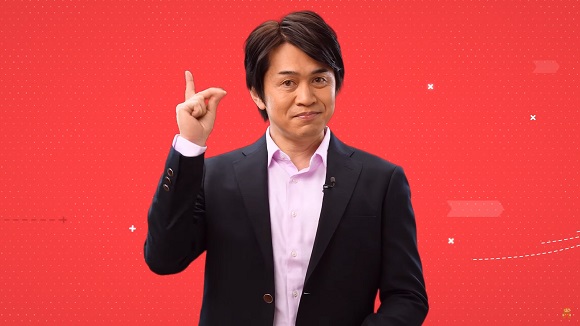 I guess I’m not the only one who was curious to see what proposed Nintendo on the last Direct, dedicated to 3DS and Switch; and I guess I’m not the only one who went from curiosity to attention, as Calvin Candie, to hear it from “PEGI 18” at the beginning of the video. There are many things for people over 18, but Nintendo has given us with the newspaper on the nose so we associate it to Bayonetta; witch left is to see by the Direct, albeit in a different way that we would have liked.

In any case, the video (which was issued the last midnight; who wouldn’t see signs in all this?) served as the presentation of the new format of Nintendo Direct, which is still focused on summarizing the upcoming releases of the company consoles but modifies the way of presenting them. In this case, for example, the main games were ARMS and Splatoon 2, two of the major releases of Switch; two major blocs were dedicated to them, which was played in more depth the new character of ARMS (Ramen Bomber) and the new game of Splatoon 2 (Salmon Run, a horde mode) mode.

Between, a battery of owners served to launch dates and launch windows to galore, first Nintendo 3DS and then Switch. In total there were 26 games, over their corresponding amiibos, Joy-Cons of colorful and various extras; the complete list of games is as follows: 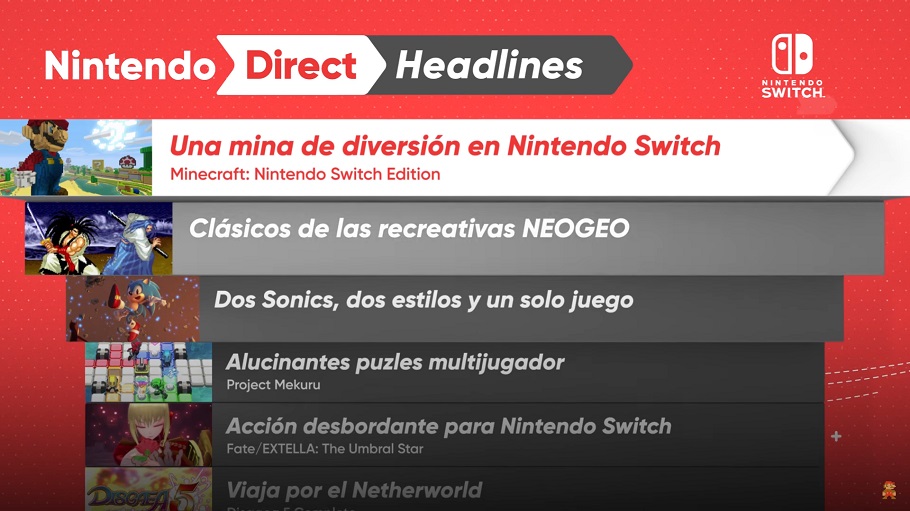 Some of the release dates are known, something that has affected above all to Switch (if you stop to think and stay only with those who have a day closed for publication, there are only three), and the new format does not help, of course. In the block of headlines between ARMS and Splatoon 2 screenshots of the games alternated with a list of the topics that were going to touch then; at a glance was enough to prepare for the disappointment that was to come. The point of surprising visit to Willy Wonka’s factory is lost when you know with some precision what comes next, or when a mention of THQ Nordic or Payday 2 gives you a swipe of reality: PEGI 18 is going to be, you think, not anything else. They explain how you will die before reaching the stage of your exemplary punishment.

I have always defended the Direct, the natural evolution of the promotional VHS of old magazines, but for a time, perhaps since the death of Satoru Iwata, are stumbling without finding a formula that replaces that the previous President of the company popularized in the darkest years of Wii U. It is curious that with twice the announced games Switch has left the feeling of being in worse shape than 3DS, which had among its new features extended versions of two mini-games of Kirby: Planet Robobot. The format has a part of the blame precisely, it seems to me, obsessed with presenting as many games as possible in a very short time; minutes of emission calculation between games is cheat, and the thing takes another aspect if we take into account the time spent on the two large switch, to the amiibo games, accessories (battery of the Joy-with enlargement gives to a column apart) and the DLC’s Fire Emblem.

A Direct, finally, more busy of the count, as if Nintendo wanted to give the image of having so many things between hands that it is impossible to order otherwise. It may be the case, but the timid attempt to create expectation of the virtual Monopoly of Ubisoft does not help to convey the idea. I have always defended the Direct, I insist, but this cost me a little more. It is the same thing mine, but saw much stronger presentation dedicated to independent games, with those Runner 3 or SteamWorld Dig 2 so near to the new Nintendo console; I remember what they said Yves Guillemot, Ubisoft CEO, about the possibilities of Switch to redefine the way in which we play and their development teams thrilled by the possibilities of the machine, and today I see the Rayman of a Monopoly that uses HD vibration to simulate a goblet with dice and five years ago and I do not know very well what to think. Ay!

Previous Dates of release of Uncharted: the lost legacy, Yakuza Kiwami and Warriors all-stars
Next Nioh extends its history with the Dragon of the North, its first DLC