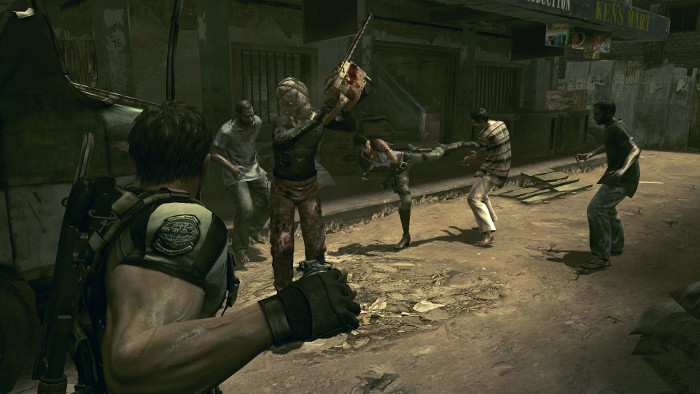 If you had wanted to play Resident Evil 5 on the current generation of consoles, you’re in luck. Among other reasons, because Capcom is finalizing the launch of the project in today’s machines. The company announced news few hours ago, as well as some screenshots that you will get an idea of how the project will be.

First, mention that editions for Playstation 4 and Xbox One of Resident Evil 5 will operate to a quality of 1080 p with frame rate stabilized and improved. Also included all downloadable content packages, in addition to the known mode of the mercenaries, which will be playable from the beginning with all the characters unlocked by default.

Resident Evil 5 will include graphic enhancements that will focus, primarily, on the image stabilisation and the Elimination of the shortcomings that we have seen in the past editions. Don’t expect big surprises, although arrangements to the problems that existed. Mode main story will not have new levels, although Yes we will see characters and objectives in the mode of “The Mercenaries United”.

Resident Evil 5 for Playstation 4 and Xbox One an excellent Edition for fans of the franchise is Resident Evil. It allows to play to a more or less current project, but with small changes and improvements that complement the final result. According to Capcom, the project will go on sale June 28. We will remain on the lookout.

Previous Analysis of TMNT: mutants in Manhattan
Next NBA 2K 16 and Gone Home between games PS Plus for June