Scorn is the secret son of H.R. Giger and Zdzisław Beksiński 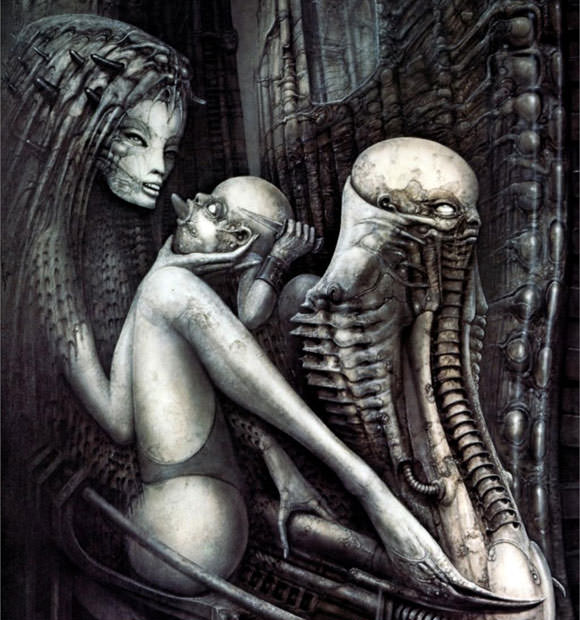 On May 12, 2014, the painter and sculptor Swiss Hans Rudolf Giger fell down the stairs of his home in Zurich and died shortly after due to wounds. It is an accidental but especially gruesome, and somehow also romantic death, but the truth is that the artistic life of Giger seemed already untold towards rather dark roads from the earliest age. Son of a pharmacist and constantly exposed to medical equipment and medicine and Anatomy books, with only five years of age claims immediately as a toy for himself a human skull that his father had received as part of the promotion of a provider of your pharmacy.

Starting from there, we all know about more or less by where they were shots on the aesthetic: skulls, breasts, mutations, vulvas, phallic shapes, sexual references, fangs, architectures based on ribs and organic lines of odd looking and grotesque creatures biomechanical. The fertile ground from which emerged nothing less than Alien, one of the most influential modern monsters of horror movies, and a cultural reference for the following decades. 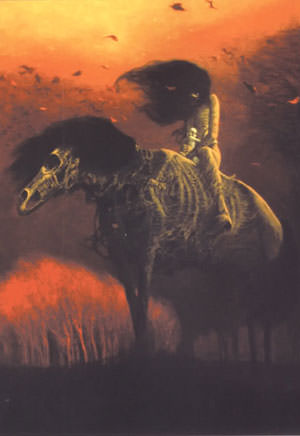 Seven years before Giger fall stairs down, another much less known artist but of similar creative imagery, Zdzisław Beksiński, was found dead in his flat in Warsaw after being stabbed seventeen times. Nine years ago that he had been left widowed and his son had committed suicide a few months after dying mother, which the Polish painter never overcome. His killer confessed the next day: it was the teenage son of his carer and she had killed him by refusing to lend you money.

Beksiński life was marked by tragedy for many years, but the funny thing is that it was before that period when the artist exhibited the darker part of his work, usually classified as dystopian surrealism. His oil paintings, sculptures and his infographic images (in the 1990s he discovered the graphic software and did not hesitate to incorporate computers into their arsenal of tools) reflected scenes combining sadness, anguish, and some degree of terror, with multiple bony appendages, like humanoid insects skeletal creatures, inhabiting dusty and dilapidated spaces such as the ancient remains of some environmental postapocalipsis. Rot and ossified architectures were around characters that, if as they were disturbing in itself, charged a dimension closer to the catastrophic if one read about the events of his life.

Today, thanks to KillScreen, discover Scorn, a game that takes its visual references to these two artists miss with almost reverential fidelity. Knowing the work, and especially the life of Swiss and Polish, it was almost mandatory to make the fruit videojuerguista of their union in a quite nightmarish experience. Organic Caverns of their scenarios, languid creatures of genital morphology, asleep in transparent Uteri monsters, the corridors shaped rib cage and fibrous and bloody look surfaces appear to be part of a universe of appearance so fucked that you want to visit it only in order to see what kind of aesthetic contortion have been able to conceive their responsible.

The developer in this case is called Ebb Software and is a small Serbian company. Designer head, Ljubomir Peklar, has no problem in admitting the influence of Giger and Beksiński openly, and in fact says that if he was inspired with full commitment and honesty in the aesthetics of both artists is because the idea behind Scorn converges on a specific point regarding the work of the two masters. He says that despite being a first person shooter – perhaps this the ultimate concession to the vices of the video game; on this occasion a title so versed in the Visual tics of two great painters and sculptors, as supported in their own atmosphere, could have had a better fit as first person walker exploratory-, the project seeks to break a bit with the somehow disembodied, aseptic and floating design of the classic space adventure and attach it to concepts related to the movement of the New meat. The obsession with materialism of reality through metaphors made of meat and bone, tendons and nerves, of membrane and cartilage, circulatory conduits and muscle fibers as raw material of ourselves and our surroundings. The will remind us, finally, that we are only mortal bodies, shells of meat that late and bubbles, in a kind of flight of spiritualism and the idea of soul or Ethereal identity.

To search references, here too one might speak of the original Prey , a totally convinced FPS that underpinned their distinctive gravity changes and a design very gigeriano of some corridors where suspicious appearance holes installed in walls expelled viscous liquids or served as gateways to the core of an alien ship. 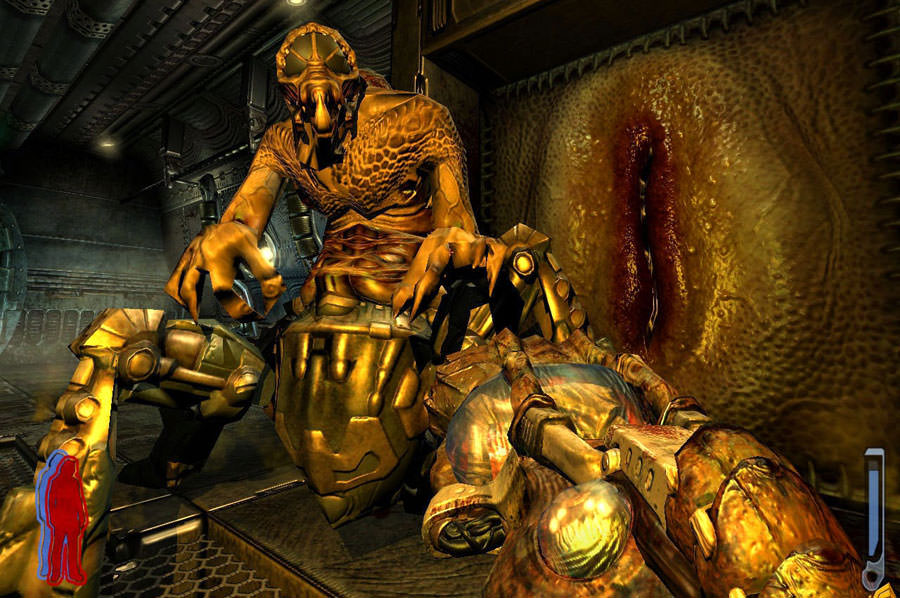 In any case, Scorn takes nearly three years brewing in the study of Belgrade, with a failed campaign on Kickstarter and the rear entrance of a private investor, and in that time have released two trailers (one in 2014 and another this week) that give a very clear idea of the progress that has been making its artistic direction.

No set release date – you can support it in Steam Greenlight-, and concentrating for now only in the PC version – though probably will also in PS4, they say-, does not seem that the rush to finish it is a problem. Finally and after, in a space complex made through flesh and bone, the time nor should be too important.

Previous According to Sony, Playstation Neo is an exception from the current generation
Next The Banner Saga 2 ahead of their departure on consoles