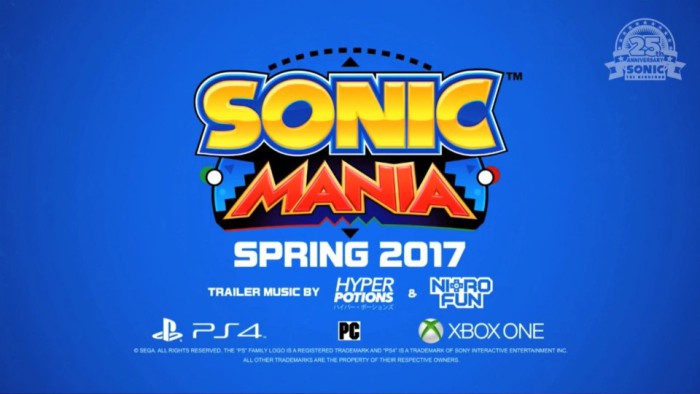 In the 25th anniversary for the birth of the iconic Hedgehog from Sega, the company has shared its plans for the future and it seems that we will have Sonic games to rise to the occasion. Two to be exact: Sonic Mania and Project Sonic.

Sega has regressed to the roots of your pet to develop a classic Sonic in its concept and its implementation. Platforms in 2D with a playable touch and artistic of the first games of the Hedgehog. A reimagination of the games appeared in the 90’s with new areas, enemies and with Sonic, Tails and Knuckles as playable characters.

Sonic Mania will be released in the spring of 2017 on PS4, One and PC. Sega America develops in collaboration with PagodaWest Games. Members of Headcannon are responsible for improved Sonic games to mobile are in the project. Takashi Iizuka, of the Sonic Team, collaborates in Sonic Mania.

Project Sonic, codename, you bet to cover the gameplay of Sonic from the classical plot and 3D titles. Something similar to what offered Sonic Generations.

Sonic Team developed and will be released at the end of 2017 in PS4, One, PC and NX.

Previous Fallout 4 and their latest DLC, Vault-Tec Workshop: build your own refuge
Next More titles on Xbox One retrocompatibles!