Snipperclips will be published in the eShop of Switch March 3 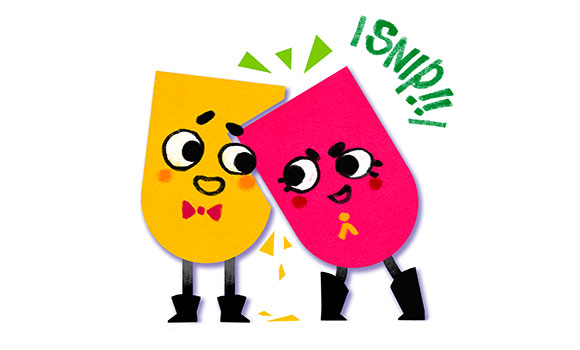 Nintendo has announced that Snipperclips, the cooperative game of SFB Games for Nintendo Switch, will be published on the eShop on March 3, the day of the launch of the new console.

In addition, on March 17 will be on sale «limited edition» pack of Joy-Cons red and blue which will include a download of Snipperclips code. The price of this pack, but the game is not given in the press release: 20 euros.

In Snipperclips, several characters must alter the shape of their bodies to overcome the challenges that are being proposed in each level. Overlap each other and cutting it, (two to four) players must work together to shoot balls in baskets, put pencils in a pencil sharpener or exploit balloons adapted to each situation and using each other in different ways.

It is a game in which the communication is as important as the skill; plans are drawn off screen, between those who play, and it is essential to understand is to run them. Here below is a bit of gameplay, taken from the Nintendo Treehouse.

Snipperclips started life as FriendShapes, and before one of the surprises of the presentation of Switch (as new IP owned by Nintendo) already have had allowed to see at some fairs, like the EGX or GDC from 2015. Its creators, brothers Tom and Adam Vian, have 15 years making games; Since his study was officially established to engage in a professional manner to the development, in 2012, they have released four games in iOS, Android, computers and PlayStation platforms.

Previous Analysis Poochy &amp; Yoshi’s Woolly World
Next Advance of The Legend of Zelda: Breath of the Wild