The output of The Last Guardian, Final Fantasy XV and the development of Shenmue III was unthinkable a few years ago. It was the typical rumoured games were fair in fair and which starred the most absurd rumours. Half Life 3 would be the fourth in discord. Between all of those games, which most grieved it disappearance was possibly The Last Guardian, because it seemed very tangible, real and we felt that it was missing anything to play on PS3, but things aren’t always so simple.

I appeal to the feelings because The Last Guardian is a work that attracts and falls by Trico. A creature that will accompany us on a journey full of dangers wrapped by the mystique of the Ethereal worlds that accompany all the works of Fumito Ueda, but above all to the end we will realize that this creature is a friend able to risk his life to save us in any kind of danger. 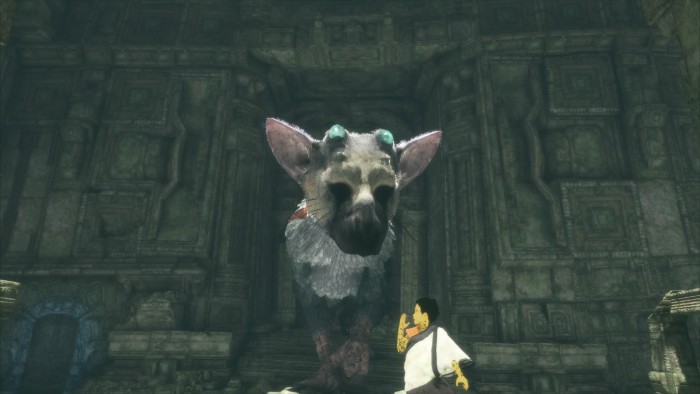 Under that description, numerous characters of products of all kinds could embed but Trico is different and is different because playing The Last Guardian feels – within what is capable of offering a digital product – which is alive and is autonomous. A reality that increases its density to the stop us and observe to our friend. Trico will react to the environment, to the child and may act under an immense amount of parameters. You can stop watching the scene in search of exit or the solution of the puzzle waiting for us or you may get distracted by any element that attention-grabbing. And it is that what seems so simple, never had been capturing in a video game with this layer of reality and emotion.

And I think that it had never been because they fall into certain Manichaeism that automate the characters and by extension to the routines of processes that handle them. Trico is above it and is very difficult to describe it. To internalize those feelings, it is necessary to play The Last Guardian.

A game created around an idea (Trico) and not for a purely commercial purpose
Without Trico would be possibly a product that it rezumaría a very marked spiritual aroma, but with the creature is reached the epic and the idealism in the treatment of a character not controllable by the player. A journey that is needed if you want to escape from the maelstrom of topics of major productions. The Last Guardian is different and when I write different mean different and not comparable to any game which we have on the market.

Part of its mechanical playable can remember a, B or C, but with Trico playable formula, theories and laws broken to give input to a character with a daring and courageous Bill. This type of games are what make evolve the industry was something more. And we owe everything to Trico.

Previous Xbox Scorpio: ESRAM, but with more memory and 4K L2 cache
Next The creators of STASIS also go to Kickstarter to finance its new project