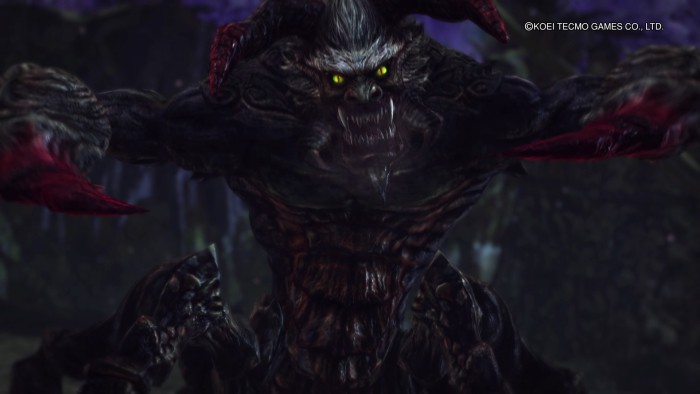 The special Oni are those Oni of larger size that we will be in a fairly regular manner along Toukiden 2. We will not only have to face in the missions or in the history, but we can find them wandering the field quietly or attacking any of our fellow Slayer.

Deal with them, in principle, is as with any other Oni of the title: our allies will see it from a distance, will be launched against it, and there will come the moment share smite against the gigantic beasts who happen to be the most attractive title.

However, to defeat these Oni, not simply, simply, give them hits. We will have to find and destroy every one of its parts separately to get started down his vitality bar. However, must be careful, as parties that go breaking can regenerate if not to perform the Ritual of purification. 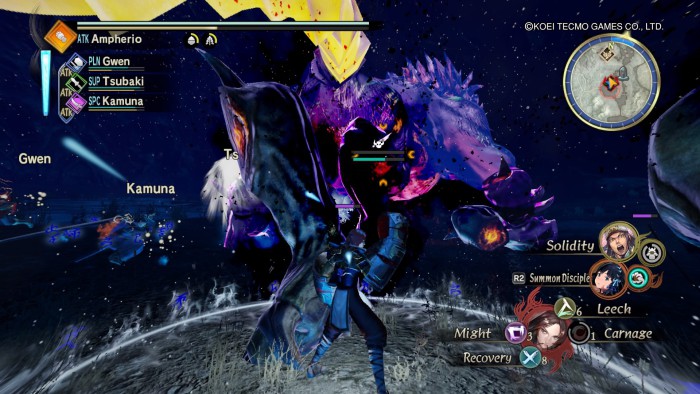 The Ritual of purification expresses here its second utility, when the enemies ‘armor‘ that covers vulnerable areas to lose and spread them across the stage. While our allies continue to attack the demon, we will have to spend time in dedicating ourselves to purify these detached limbs. If not purify them at a certain time, the monster is regenerated and we will have to repeat the process again. On some occasions, will be our allies who are purify these parts, but in certain moments leave purification by half, so it is better that we do so even if they are in the midst of the ritual.

Once purified those extremities, vulnerable areas will be exposed, and that it’s time to unleash all our power and get to take her life. If we use the Eye of the Truth, we will see both the stamina of his life remaining.

The second way to remove this armor, without going through the purification process this time (because the limb is removed completely) is by using one of the special abilities of the main character. This, incidentally (and here included data not to mention spoilers in the analysis) can only be used it the protagonist by a greater relationship with the Demon Hand both the Mitama. 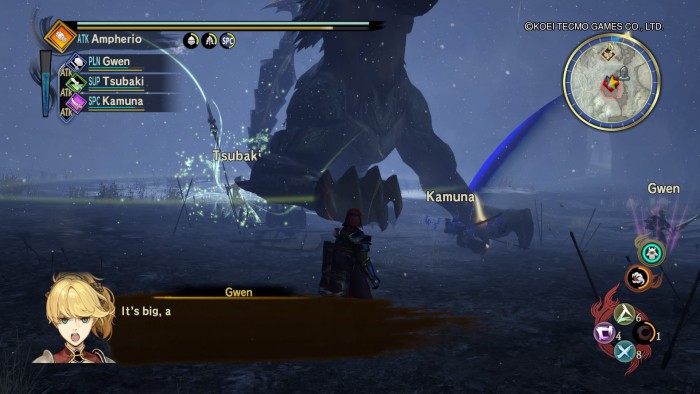 To make use of a special bar that appears at some point of the adventure, a special movement followed by a mini-secuencia will start the end of rennet, using the energy that the allies and the own protagonist have gathered. Be careful when using this special technique, because filling the allies bar involves some time and probably can not use it on two occasions. It can fail, incidentally.

The larger Oni also serve to get more Mitama, the souls of the heroes who were enclosed by the own Oni. In many fighting against these demons they will give us the Mitama at the end of the match, as well as a series of objects that will allow us to build even more powerful armor and weapons.

It is a pity that not even the largest Oni represent a true challenge, becoming more tiring that complicated shoot down them according to how big that are. It is always gratifying to see them fall, even so. 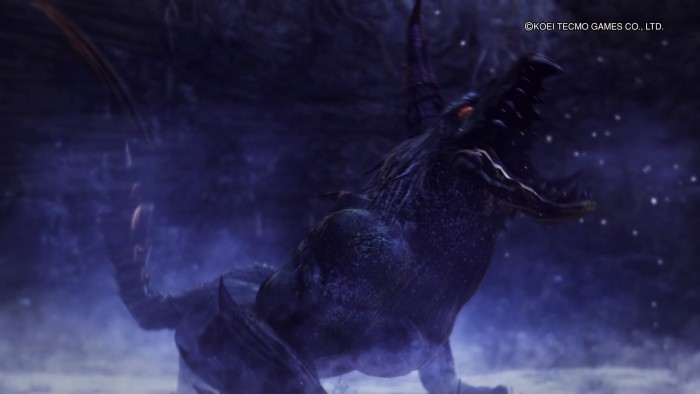 Recently, we made the analysis of Toukiden 2. You can read it here.