Square-Enix announces a new Final Fantasy through a teaser’ website’ 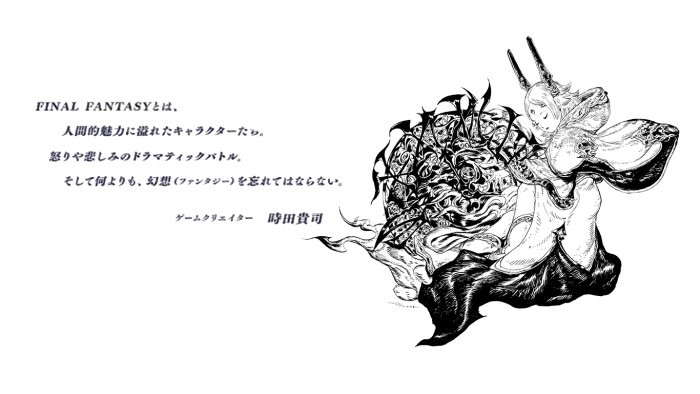 Square-Enix has made public a page (something which seems that it is seizing taste) to show a new Final Fantasy that seems to speak both iOS and Android.

The web site includes an image of Yoshitaka Amano, Illustrator of the present franchise from Final Fantasy I, the original Final Fantasy. In addition, background, you can hear the unmistakable piece that is present in many titles in the Japanese series.

Takashi Tokita, director of Chrono Trigger, The Bouncer , and Parasite Eve, among other belonging to Final Fantasy titles, said:

Final Fantasy is about characters with anger and sadness, and dramatic battles full of humanity. And, more than anything else, we ourselves should not forget the fantasy.

Popular director has produced a certain amount of titles related to the saga. Apparently, will be quite implicit in this new adventure notebook from Final Fantasy.

The countdown that shows the web site still is far from finished. So mark, there are five days to reveal its contents. It is possible that those five days disclose a secret, by so be on the lookout.

If you have curiosity for this, so just walk in this direction.

Previous The nostalgic fever on Final Fantasy
Next Analysis collects