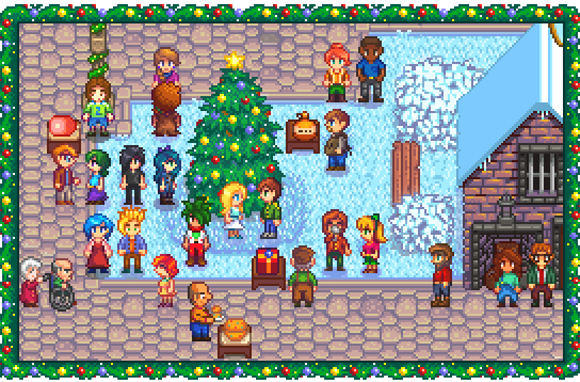 Stardew Valley surprised friends and strangers, not only by the giant of its proportions in terms of systems, characters and story lines, but also because all that lovable vagabond was the work of a single man, Eric Barone, who sacrificed four years of his life and the health of his vertebrae during ten hours a day while working part-time at a cinema.

Happens rarely, but here we saw in its fullness to the guy that with hard work just finding oil where no one came up with look at before: what began as a shameless clone of Harvest Moon for PC eventually became a wonderful and unique beast with a lot of personality.

Now the scope of Stardew Valley extends finally: day 13 December play will on PS4, and a day later will do so also in the Xbox One, as Microsoft has announced. The bad news is that finally Wii U it will lose its version of the charming Valley woven thread to thread by Barone, a platform in which the game would have embedded swimmingly but perhaps in terms of profitability is not worth you effort.

The good news is that Yes will come out on Nintendo Switch. Viva!