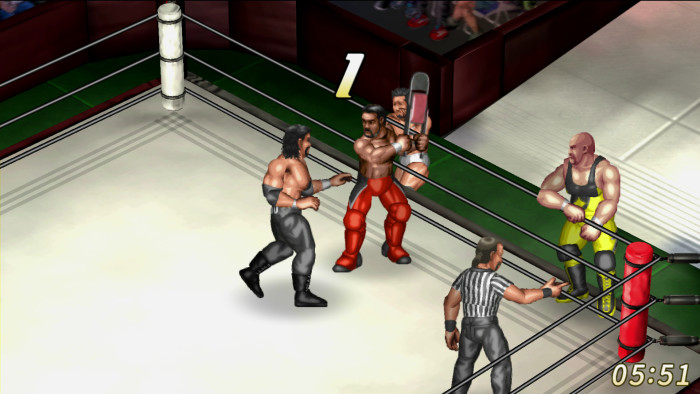 Recently, it was announced the arrival of Fire Pro Wrestling World, video game based on a popular wrestling franchise during the Decade of the 80s and 90s, whose mechanical consisted of an Advanced system of grips. It also included the customization of characters, with possibility to modify the appearance, movements, and, in addition, the behavior of the I.A.

In this new installment of Fire Pro Wrestling, as well as customization options that we already expected, a number of features that interlock join regulars of the series. Among them, there are online mode, compatible with exhibition matches, tournaments, leagues, Championships and battles royal, and the new set of rules, which includes Deathmatchmodes, rules of MMA , and ‘No-Holds Barred‘. All this, of course, by resorting to the same artistic style that have classic deliveries.

No Fire Pro Wrestling game to date has been supported by large companies struggle, so, if you don’t know the title, do not expect to meet wrestlers known as The Undertaker or Triple HHH. Instead, characters appeared based slightly on the legends of some of these companies.

Fire Pro Wrestling World will be available on Steam (Early Access) before next summer. After the launch, expected arrival at Playstation 4.