Breaking News
Home / News / Take-Two: “the GTA franchise will rest at some point”

Take-Two: “the GTA franchise will rest at some point” 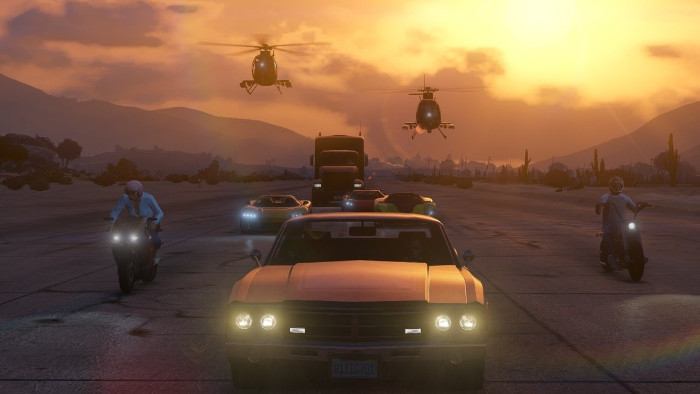 The Grand Theft Auto franchise is one of the longest in the world of video games. Not in vain, it carries with us since the time of the first Playstation, always in constant renewal and with increasingly surprising news. Although users do not get tired of adventures that can live in each of the titles, brand developers know that they will have to give him a break sooner or later.

Also this opinion Strauss Zelnick, Chief Executive Officer of Take-Two, company that is also one of the responsible for the GTA saga. In fact, your main opinion is that they will have to rest brand sometime. It is evident that the saga will not last forever. There will be a moment in which to rest, and for which there will be no new releases.

Speaking about GTA Online, Zelnick explained that they have no intention of being “a permanent game“, and that “it is not always supported“. Without going any further, expect that “the results of the game are moderate since in October will be three years since its launch“. This statement is important, and it translates into the fact that the success of the franchise will not last forever.

Although it seems that the statements have to do only with GTA Online, the truth is that they affect all the franchise. They will exist, in fact, moments in which will not receive great content. For the moment, Rockstar has prepared several packs of DLC for GTA Online. Don’t worry, the franchise still active.

In our opinion, the majority of franchises have high and low that they tend to have much to do with its success. In Grand Theft Auto, for example, we have seen best and worst games, although it is true that we are in one of the best moments. We will see what such develops.