Tekken 7 will arrive on June 2! 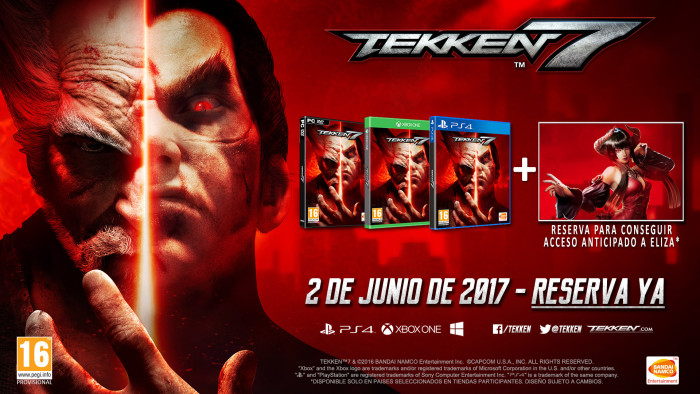 The next and seventh chapter of the franchise Tekken, Tekken 7, finally comes to consoles after the successful time in arcades. Starting from June, the users of Playstation 4, Xbox One and PC can enjoy of the tournament of the fist of iron.

Overcoming in the Tekken 7 Arcade version is present in several of the mechanics of the title, presenting a better balance between the different characters as well as a better finish in terms of techniques, a mode history with an dramatic argument, a greater number of characters and the implementation of online tournament modes.

The day of release, will be available several special offers:

In the fighting genre, was the last link in the chain, the most important tournament. The expectations not could be more high. Enjoy of the trailer.

Tekken 7 will be available for Plastation 4, Xbox One and PC (Steam) starting from the day 2 of June.