The anti-Muslim veto of Trump already affects the game 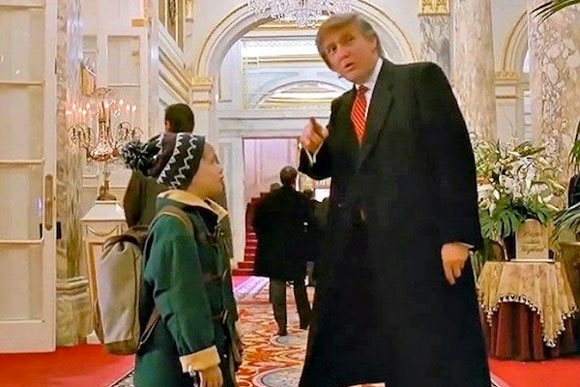 If left in its repeated satire and irony against Donald Trump during his crazy election campaign, already was cold, incredulous and astonished when consummated the presidential victory of the New York Tycoon, since last Friday that concussion sustained until his inauguration should have given way to something much more disturbing and traumatic: fear. The last burning nail was that Trump might not fulfilled its electoral promises, which matizase its election manifesto for the sake of stability, which is desdijera of things said (something very common in it), and that in the end his mandate was not what threatened to be.

The 27 Friday afternoon the President of the United States signed the order Executive she closed the country’s borders to immigrants (with or without a visa) and refugees from seven Muslim-majority countries realizing one of its most difficult to believe morally miserable and is, without doubt, unconstitutional. There have been small victories, such as the federal judge for the Eastern District of New York, which has ruled that you can not deport immigrants who have already landed on U.S. soil. So small, so insignificant is that stick in the wheels of it order Executive, that them benefited by that sentence that les pound of be expelled continue blocked in them airports and not seems likely that is les allow it entry to the country. The rest, those who have not yet flown to USA, will not be able even to try it up within three months.

The most optimistic rely on any American higher court to safeguard the Constitution and stop this madness, but things do not look quite right. The US system, explains Beatriz Sevilla – physics student who lived in the United States a season-, requires “a procedure of judicial review to knock a law”, so that the law “you have to be in force, affect someone and that someone requested a sentence of institutionality to the Supreme Court”. The process consists of several steps (accept the request, hear arguments and issue its ruling) that may extend for months, so unlikely is that this

In the videogame world we already started to feel the first fruit of this fundamental and massive slap disturbances. Within a month, is celebrated the thirty-first edition of the Game Developers Conference in California and some of his assistants have had to cancel their trip because of this veto. There are no known official figures on those born in Iran, Iraq, Libya, Somalia, Sudan, Syria and Yemen are among the enlisted developers who wanted to be at the Moscone Center in San Francisco (the International Game Developers Association speaks of only two among the 8,000 members of the Association), but some have already announced a forced change in their plans. Polygon has spoken with some.

One of them is Shahid Kamal Ahmad, former strategic in PlayStation Europe and currently developer in London, to charge of the Studio Ultimatum Games. Although the origin of his family is Indian, a country that is not in the list of banned by executive order of Trump, Shahid is a practicing Muslim and very active (he was indeed raised in the Ahmadia – a kind of reformist Islamic current which the rest of the Muslim community tends not to consider part of their religion – and left almost a decade ago and half to be declared Muslim) , and said on Twitter that, even if you believe that you have the legal right to enter United States (for being British), will not find out and has cancelled his trip to San Francisco. «Insurance I’m in a list anyway,» laments.

Navid Khonsari already discussed once: he worked at Rockstar and Remedy, and is the Canadian developer of Iranian origin after 1979 Revolution: Black Friday, the game that seeks to tell us about the Islamic revolution took place in Iran in the year 1978 which was consummated a year and a month later. His project has received recognition in several media and numerosasnominaciones in prestigious awards such as the The Game Awards 2016, the D.I.C.E. Awards 2017 or the Independent Games Festival awards.

Khonsari resides in the U.S. for 17 years and as holder of a green card should not be feared on his return from a trip to another country. He said having fear that, in view of the uncertainty that transmitting the Trump Government regarding the safety of its borders, something goes wrong and they won’t let you back in the United States, so it has cancelled all its commitments outside the borders of the country. Their concerns extend even to the fruits of their labour: says that 1979 Revolution could be a weapon if they intend to give it some type of political intent that can be considered dangerous. 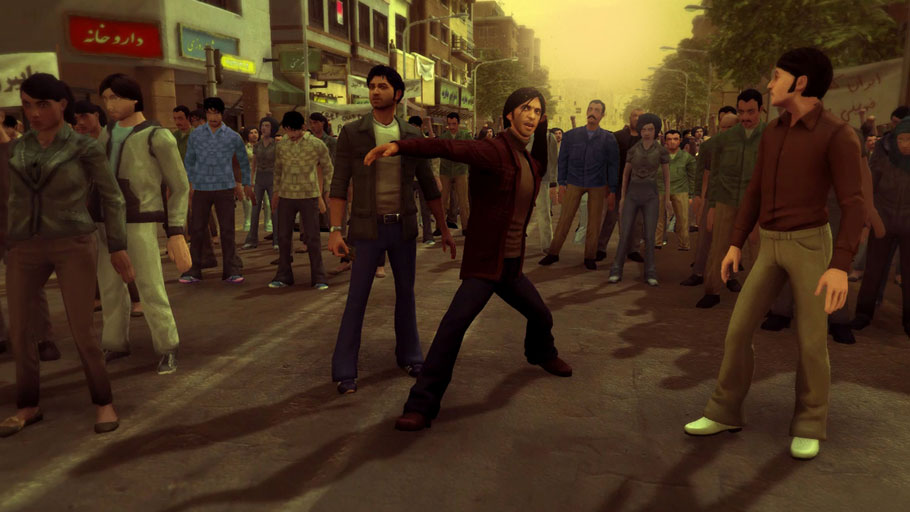 In addition to their personal situation, Shahid Kamal Ahmad said another interesting thing on Twitter: “the video game industry will suffer as a result of this veto, and the major beneficiary will be Canada”. The industry veteran concerns here that United States is directly rejecting in the field of game development and talent that will go direct to other industries in more tolerant places. Own GDC has positioned itself with vehemence on this subject: “the GDC is a global community; We are horrified by the #MuslimBan [(NdT: el veto antimusulmán).] Of course we will return the money to the affected attendants, and we will continue fighting for inclusiveness».

Some regulars at the Convention already have asked the Organization to consider seriously to move the event to another country in future editions. One with many possibility could precisely be Canada. A similar speech is Kate Edwards, Executive Director of the IGDA and GDC: ‘the problem (…) It is the spread of xenophobia in the U.S. Government and will clearly affect the country’s ability to recruit talent and remain competitive at the global level”.

It is a very Anglo-Saxon productivist approach that also has been reflected in the social networks of Spain: Albert Einstein photos circulating on Twitter and Facebook with a sign that says «Refugee». It is not necessarily wrong to attack this draconian law with arguments relating to capacity, the possibility of success or contribution to society, but never should be the most important or the main reason for allowing innocent people, because they are refugees fleeing the war, privileged minds willing to enrich the country that suits them its resources or developer with talent eager to offer new ideas to the game. In an ideal world would be enough for a single condition such as requirement so that their rights are taken into account: the condition of human beings.

GDC is a global community – we’re horrified by the #MuslimBan. Of course we’ll refund affected attendees, and keep fighting for inclusivity.