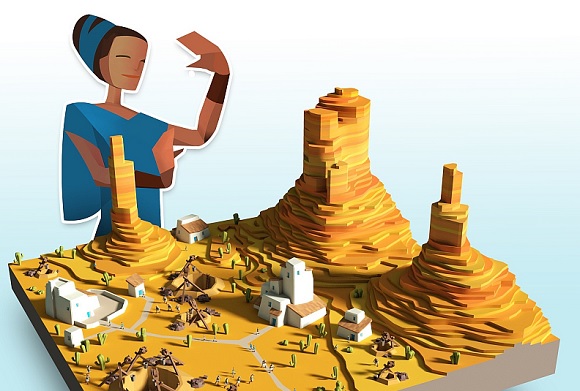 Konrad Naszynski, lead designer of Godüs, It has left 22cans, the Studio founded by Peter Molyneux. The study has confirmed the information to Eurogamer, where claim to have sources that say that 22cans has already moved all its resources to The Trail, his next project: so, the god game of Molyneux is no longer, according to these sources, developing.

‘Konrad was in fact a freelance and was asked to build the levels of Godüs Wars’, said Simon Phillips, CEO of 22cans, in response to the British media. «Completed them for the latest update, so his contracted ended.» Of course, as and when you need more content we will talk with Konrad, because he knows the process well».

Despite being supuetamente freelance, in Rock, Paper, Shotgun (another British medium that has also received information that speak of cessation of the development of Godüs) highlighted several moments in which people have spoken about Naszynski as a person with an important role within the project; in an interview, the own Molyneux (who did not want to comment) spoke of him as if he were the Chief Designer.

Godüs Wars is the spin-off focused on combat 22cans published in February of this year, as confirmation that are «delivered to Godüs», said at the time. Although frequent updates are expected, the last occurred on 2 March, and all actions planned around the Early Access (both the standard Godüs and Wars are games with early access) have stopped, and even deleted their footprint.

«We add extra content to Wars a few weeks after release», explains Phillips. “We believe that the next update on Steam needs to have something more than just”extra”content.”

Phillips also responds to the sound of the possible end of the development of Godüs with a resounding ‘no’. According to him, Godüs is «a project in development, both on PC and on mobile phones», although “there are many areas in which work on the project, as you can imagine”: hence the slow pace. Also said that it is not true that 100% of 22cans are working on The Trail: «we move resources from one side to another depending on what you want to achieve, whether design, code of PC or mobile, art and others».

The plan was to Godüs Wars to prepare the ground for the multiplayer mode of Godüs, one of the most awaited by the community and one of the first that focused on Kickstarter when, in 2012, 22cans managed to raise more than 630,000 euros to develop the game.

Phillips is impossible to achieve much when asked by departure date of Godüs of the advanced access in which was published in 2013; He explains that “there are many areas to explore to finish» and that «it still will be a long process”.

According to Eurogamer, at the beginning of 2016 22cans he had a plan to get advance access Godüs, but decided to focus on The Trail to ensure the financial future of the study. In the same direction was the launch of Godüs Wars, which provided a small injection of money into the company and be quickly deflated: today not just players, despite being very low on Steam.

Previous Adventures of Mana comes by surprise to Vita
Next Special Homefront: The Revolution, the second chance