Breaking News
Home / News / The Painted Lady: there are no monsters, there’s no fear, no enemies

The Painted Lady: there are no monsters, there’s no fear, no enemies 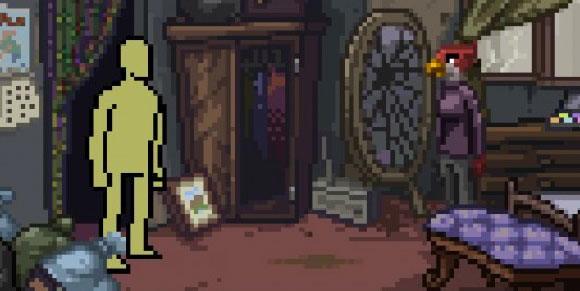 The rooms of Empty, one of the games of the Ludum Dare 37, are made to be emptied; those of The Painted Lady, the game of Brainwash Gang for the same competition, is full, full of objects with meaning.

Its creators say it is a nogame. The Painted Lady is a sex slave; time passes and passes and occasionally a rhino, seemingly a pimp, puts his head in our room, the site in which the protagonist is locked up day after day, and warns us that customers come. There is no possible game because in The Painted Lady are not nobody; It is an exercise of disempowerment that seeks to convey the situation of the protagonist, and anxiety that produces live in that room full of objects that are losing their meaning as day and clients occur.

The rhino is the key to understand this: even if the game gives us two options (“listen” or “ignore” what tells us), the truth is that no difference between one and the other there is. Its total power position allows you to express as much that we want to ignore his words. It is not a dialogue, but rather one-sided. In a dark and twisted way, it seems that the only situation in which the protagonist may have some control over their actions is when lies with customers, something that, otherwise, is presented as an Exchange fast and cold; impossible remind any customer because they all have the same face: No.

The key is in the journal there is pulled along the ground. It is a more or less difficult to find; It is forgotten, as if the actor had abandoned it a while ago and had surrendered to his devastating reality. You can read: «within these walls only lives my fear, my shame and a great piece of meat that has adopted my name». “I write, but I don’t know if anyone will read this at some point.” “There are no monsters, there’s no fear, no enemies, just pain and oblivion”. These pages, ambiguously dedicated to her mother, her daughter and herself, will be erased with the passage of time; There is talk of «other girls» who cry in the adjacent rooms. «I will listen to me when I cry?», asks the protagonist. There are words, but there are also sketches, drawings that fade; in the room a mirror broken, it may be the interior of the protagonist, also made pieces there are, who wouldn’t want to break a mirror which only reflects that room, that ‘meat cage”which is enclosed? 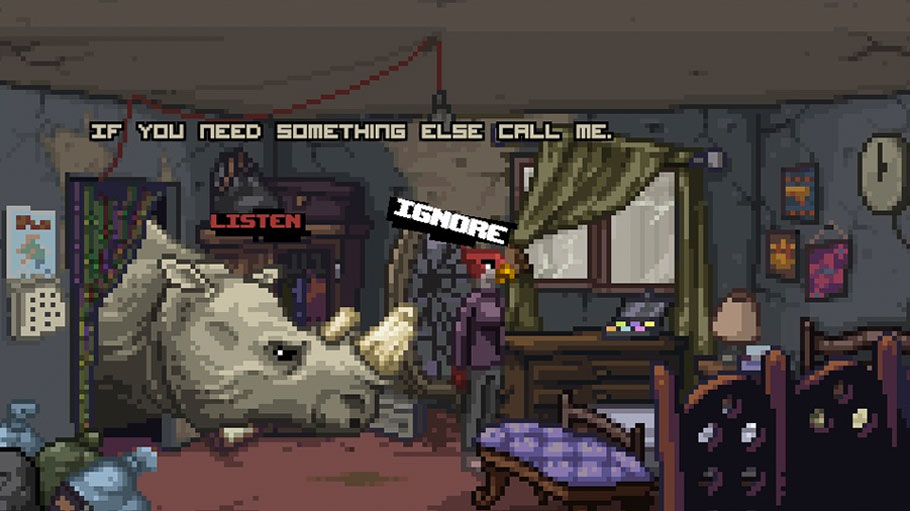 It is not the first time that Brainwash Gang explores the idea of the room as prison: earlier this year I played I’m Nothing, another set of Edu Verz and company, in which the possibilities of the player is ofuscaban to manage time and inventory. As he, The Painted Lady is a game, or a I don’t play, that puts you in an uncomfortable position: instead of giving you tools to deal with the situation, you simply cancel. Removes weight to your actions. As the protagonist, you don’t have to choose: the comfort of power makeup like soon is revealed as little satisfying, because you’re still a slave. There may be more subtle ways to explain this, but it is a case of systematic disempowerment: the world of the game, everything works in order to avoid the free will of the player.

It is an uncomfortable game that I pointed to an uncomfortable novel, Nefando, who precisely has at its Center a video game based in a single room. «The room is an area of spectacular intimacy», he told us Monica Ojeda, the author of the novel, when we interviewed her in November. «If one is not invited to enter and enters, he feels that he is doing something wrong, something forbidden, similar to spy on someone through a door peephole. When someone invites you to enter his room, the first thing we do is therefore inspect everything with the look. In the background we know that we can get something out of the inside of a person by his room. It is a space of fragility: there we slept, we undress, we are without that anyone we see; We are with ourselves». The Painted Lady, the protagonist has no such luxury; gradually is less with herself, is being more observed, is transformed into a “great piece of meat ‘ with a name and a function, but not willingly.

As usual, team Brainwash Gang this time is not exactly the same as in previous jams. The script is Adrián Castro; code, Quike Zarraga; repeated Edu Verz and Bakir Kawham in art, with that pixel art with animals that it is already mark the House, and also Beicoli, which, as in 105.2fm, developed for the previous Ludum Dare, puts her voice to songs that open and close the game.

You can play The Painted Lady on Newgrounds.