Breaking News
Home / News / The Witness now has its own “demake”

The Witness now has its own “demake” 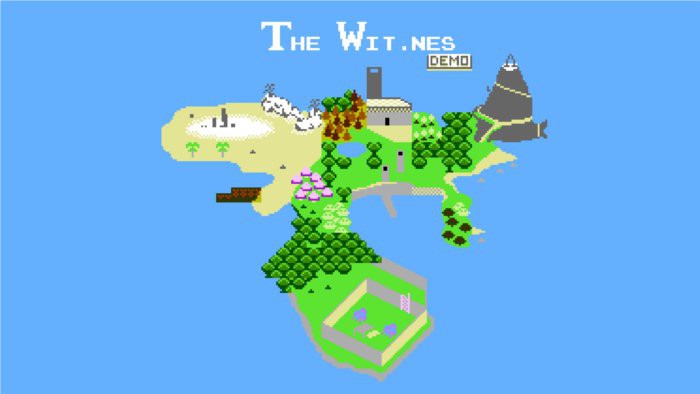 The demakes are small jewels of the videogame world that fundamentally transform current titles in 8-bit versions or similar of those same games. A creative form that allows us to imagine how a game had that been if progress had stopped, and we could only count on 8-bit machines. The Witness is one of the latest titles that give this jump back in time and that has been done by Dustmop, an indie developer.

A project that sees the light after more than two months of work to make 32 & 16 different scenarios. The Wit.nes, name of the demake, It has been developed as an NES ROM and although for the moment it is qualified as a demo, it is perfectly playable. Those interested in trying this peculiar version can download the game through the web of its creator and emulate it without further complications. A retro experience and a different way of experiencing The Witness.

As you can imagine, this version of 8-bit little resembles the original version of The Witness, but in some way manages to capture that essence and transform the puzzles of the game to adapt to this new reality. It is one of the small curiosities that offers the world of video games, but primarily for those in love with the 8-bit games.

Despite not being an extremely popular trend, that we can find plenty of examples of demakes of current games. Looking for a little patience at the end they end up appearing and as noted at the beginning, are an alternative view to the productions of today.

Previous Nordic Games is thinking of reviving the franchise, Destroy All Humans!
Next New trailer for Horizon Zero Dawn, out March 1, 2017