There will be Sun Pokemon and Pokemon Moon demo 18 October

«Demo special Sun Pokemon and Pokemon Moon» is basically what it seems: a trial version, we will see how special, which can be downloaded from the eShop of Nintendo 3DS from October 18. At the moment, all that is known is that during this first contact with the region of Alola will be shown Greninja Ash, the same bug “that accompanies the protagonist of the series Pokémon XYZ”. Completing the demo turns on the option to transfer it to the final version of the game.

It is not the only thing that today announced Nintendo and The Pokémon Company. The information on these new deliveries not seems end is never and, in addition to know to them developments of them three Pokemon initial-in the video of up-, today know more than yesterday on their features online. 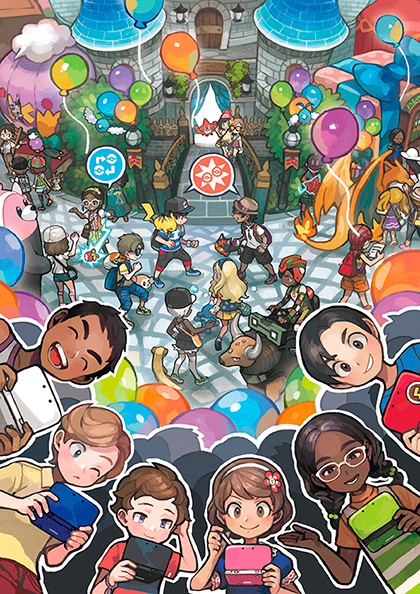 There enters the Festi Plaza, a place for «communicate is with others users, already are near or in the other tip of the world, for deliver fighting and make exchanges». Feel me bad keep quoting the press release, but I don’t see another way of saying that «talk with other users and meet their requests results in rewards in the form of Festimonedas, which can be redeemed in varied establishments like dry cleaners». Also in other «stores where to buy rare items», follow the same sentence, but I wanted to put that dramatic pause after the dry cleaners. What is not said is what are these claims of fellow coaches; imagine, seeing this illustration as bonica, that the thing will go from change Pokemon repeated as if were stickers.

Less clear I can thing of the Poké Resort, a set of small islands where the animals do not take hiking may «exercise among other fun activities». The grace is in that ‘ if them players sent a number generous of Pokemon to the Poke Resort, may develop them facilities» and finish winning objects and even others Pokemon. This can range from a handful of mini-games to a series of more or less friendly menus; nor with the explanations additional on the site official you see much sense to the issue.

Sun Pokemon and Pokemon Moon will go on sale in Europe on November 23.

And Yes, the OWL follows as outstanding leader now score points by the fringe.

Previous Gears of War 4, a game ready for Xbox Scorpio
Next Blues and Bullets is not cancelled, but its development is in trouble