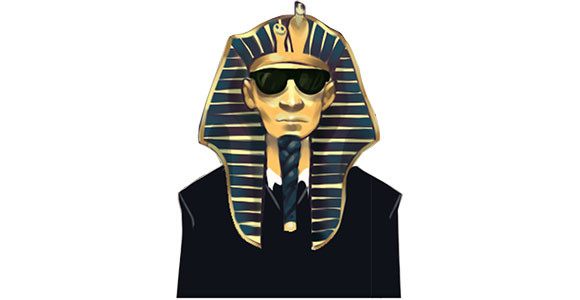 Undercoders has published its new game, Trending Pharaoh, a clicker for smartphone on the vanity and the image personal in times of networks social; as implied by the title, it is not set in our twenty-FIRST century, but in the ancient Egypt. «Ramses has built a shining pyramid, Cleopatra is flirting with Romans, Xerxes is doing posing with a gold sarcophagus and Nefertiti now has a very cute Persian Cat “, you can read the press release. «Social networks have just arrived to the ancient Egypt and the vain war by popularity has not just begun! » »

The relationship with it today is very clear: is a game comic in which the game of words campa to its wide in the grass high and in all sides, and can jump in any time. Another example of the note of press: «shares your majestic thoughts by Meowerrr, impresses to your servants posting in SphynxBook, climbing them photos of the party of last night to calls-Ra and flirts with all the world in Tinubis». The references are clear: Trending Pharaoh puts us in the shoes of these whimsical Pharaohs to tell us about our own pharaonic vanity.

«All has in your mission of winning more followers: unleashes all the potential of the networks social ancestral!», tops. 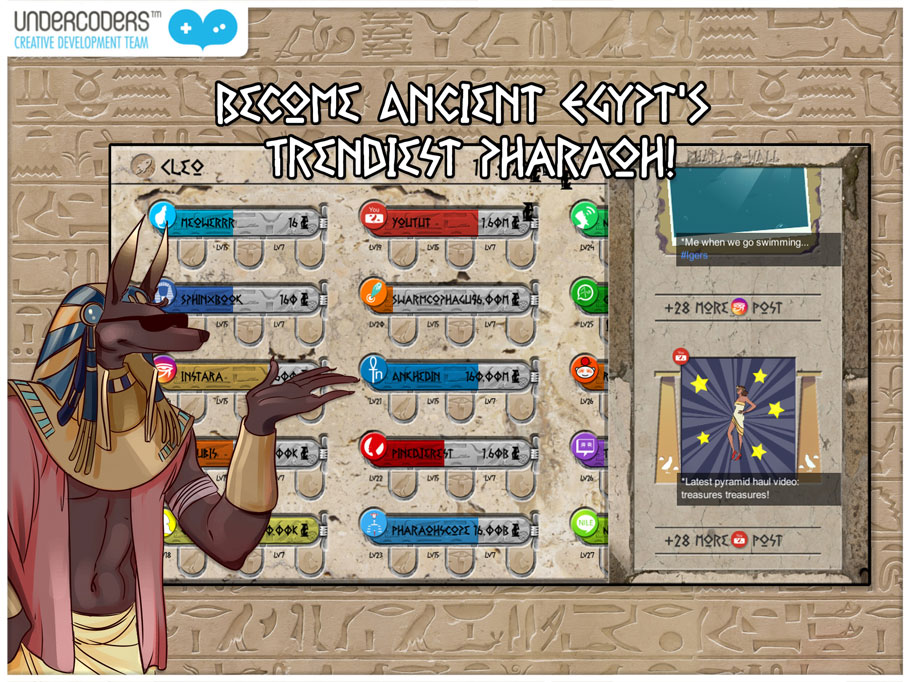 Although is has published in smartphones now, Trending Pharaoh there is from the Ludum Dare 36, me explains David Jaumandreu, the founder of Undercoders; the jam “was intended to create a game in three days with the theme”ancient technology”. «With that premise, we were giving turns to the idea of how were social networks in the past and there were some absurd situations that seemed funny “. At the time of chotear is of our use and abuse of Twitter, Facebook and others, through them parodies Egyptian that see in the game (there are more than thousand five hundred posts in them twenty networks social of Treding Pharaoh, where is exposed «them hilarious reactions, interactions and the life public of the pitch to lose class high of Pharaohs, when their vanity is amplifies through the power of them networks social») , the Egypt of the Pharaohs is ideal: «Imagining the full power position, the age of some Pharaohs and the importance given to social and aesthetic, we think we could establish parallels with the current use of social networks that, outside the absurdity of the concept itself, had sense».

Jaumandreu tells me that the final push for the idea came from the same place, I guess, from which comes the joke of Insta-Ra: «the banter of, literally, “writing on the wall” with hieroglyphics us finished decide,» confesses.

Video games are, in fact, a very good way to present messages of this type. They allow you to create a controlled environment which is attractive, that call the attention, one in which the player wants to enter voluntarily; that does not appear a sermon, in short. «Think that is very easy see the straw in the eye alien and many times criticize the use that make others of them networks social, when actually we have habits very similar that are unable of assume», me explains Jaumandreu. “Video games are surely the medium that offers us a greater dip, and through them we can live the realities of others, that we would not be able to appreciate from the outside. I think in that sense is where most glow that kind of games, opening eyes by skilled workers and credible characters». 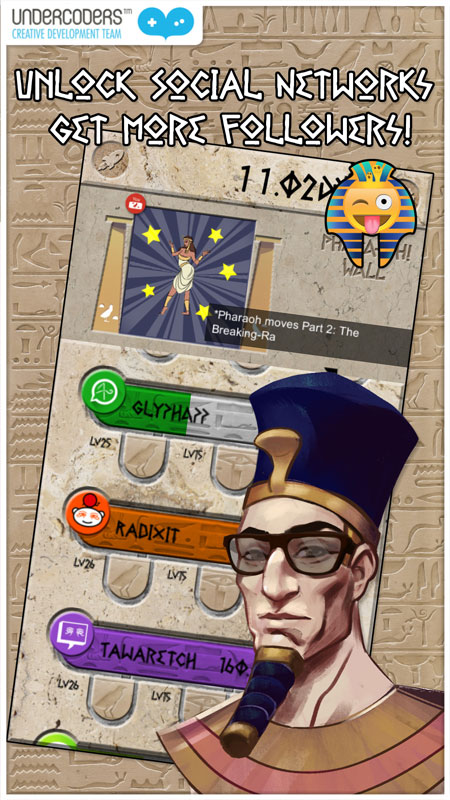 Perhaps them Pharaohs of Trending Pharaoh not are types running as that see in our day to day, but the way in that seek the attention and the approval of them others (conveniently, their «servants»; in the world virtual 2.0, hope receive of the rest without offer nothing to change: them relations not are horizontal but is accumulate them false relations vertical) have a relationship clear with the here and now.

Part of the effectiveness of the critical comes from do that the game is comic, that the humor articulates its development. Although Jaumandreu not believes “that make a game with humor is more complicated that make one serious», that you seems «more difficult that is understand or that is appreciate». Undercoders defend the complexity and power of humor, despite the apparent friction between the ‘banter’, says Jaumandreu, that “the result is taken seriously»:

I believe that making people laugh is one of the most complex things that exist: sometimes grace makes you something that looks like the other bullshit and vice versa. It is true that the majority of times, trying to make a game with humor a penalty at the time of the result to be taken seriously, despite the fact that I can contribute much to the gaming experience. Imagine as Day of the Tentacle would be without all the banter…

Perhaps learn to ruin and control systems that dominate a game also make that message is diluted, or that the actual situation that inspired seem more manageable, when it is the opposite: the many manifestations of chaos in social networks (something that is playing, by the way, South Park in his final season) remind us that social networks are not gamificadas because they want to replicate the most happy and carefree parts of a game, but to imitate their dynamics of dominance of the player.

You can download Trending Pharaoh in iOS, from the App Store, or Android, from Google Play.

Previous D4D: The mod that introduces the new Doom in the old Doom
Next Two fan games disappear from the nominations to the Game Awards