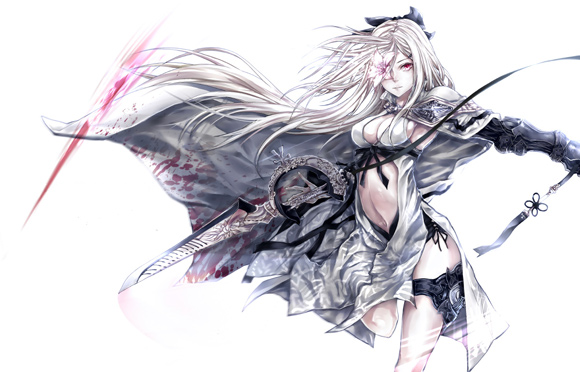 The round of questions and answers to all pace Yoko Taro offered this weekend at the PAX East in Boston may be one of the strangest events of the fair: director of NieR: automaton appeared with his classic mask of no. 7 (that round head that looks like a crooked and smiling Moon) and sat at a table too remote attendees and media accompanied by an interpreter disguised in 2B , the Android of NieR.

It is clear that Uncle is a showman in manual, but also dropped the kind of extravagances when he speaks. In the press conference, Taro responded to several questions with the same answer: If there is money to do whatever. I don’t know if this gentleman already expressed with that tragic sincerity before or if you have been moved for a few months to the offices of PlatinumGames in Osaka has made him infected with that air of proletarian despair that exudes everything that makes the Studio lately.

The case is that one of these replies gave foot to something that may be of interest to you: someone asked if I would be willing to do a version HD remaster collection for PS4 in the three Drakengard (Drag-On Dragoon in Japan) in which he worked and whose first release was the debut as a director that made him famous in the industry. Your reply was that you like so much:


We know that there is some desire for a collection of this kind in this platform and – I think my answer will be predictable – while we obtain financing and win money we are willing to do whatever it takes. And you are that there was waiting for this to happen, please come to the social networks of Square Enix and request it so put the money and let us make it reality.

Note that the Drakengard are set in the same universe that NieR, and that in fact NieR is considered officially a spin-off of the main series. So with the push of popularity that has received the franchise after his last game, it would be not unreasonable that Square Enix again to get the checkbook to reissue the trilogy with a facelift and launch back to Yoko Taro in this nothing contemptible idea.

Previous Available Splatoon 2 customer: already can prepare for the next event of tests
Next The Binding of Isaac: Afterbirth + will receive its first official mods coming soon