The second part of Dead Synchronicity could be announced soon 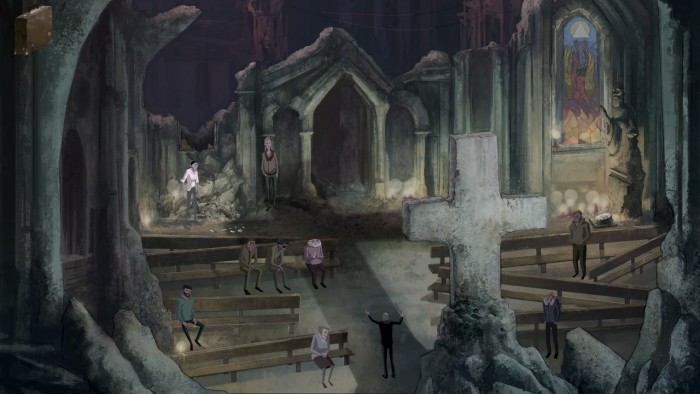 The second chapter of the Spanish graphic adventure Dead Synchronicity: Tomorrow Comes Today could be announced very soon as it has hinted it Fictiorama Studios via Twitter. The study is putting the finishing touches to the version for consoles of this title and once that project could put hands to work with the continuation of his adventure.

Dead Synchronicity: Tomorrow Comes Today is an adventure graphic of cutting traditional situated in a future dystopian in which the humanity seems doomed to the disappearance. The game ends with a final abrupt and whose outcome end is destined for a future continuation. To date Fictiorama did not seem to have given many details about the development of the continuation, but it seems that soon we will have news related to this project. 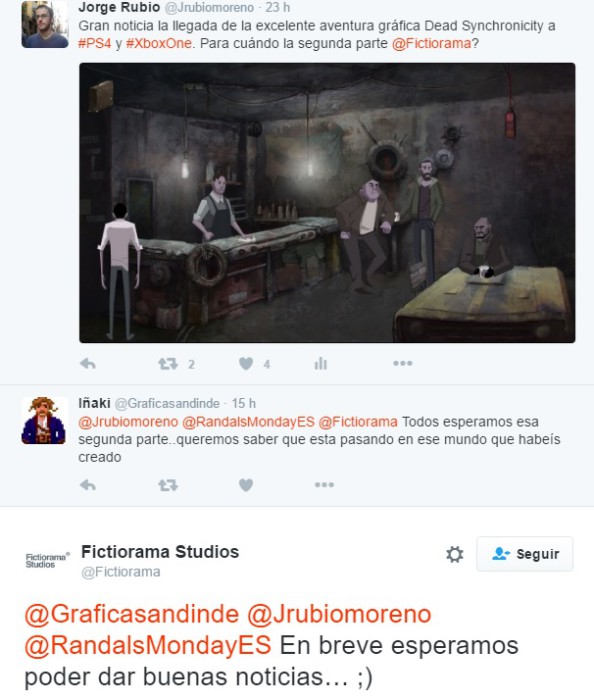 By now it only that we know is that the versions for PS4 and Xbox One will arrive the next 4 of October. An edition edited by Badland Games and which will allow users of these platforms to enjoy this adventure game whose main virtue is its narrative and its unique artistic style. Perhaps it more negative of this adventure is your end to mode of “cliffhangers”, although in no moment is produces the feeling of that our trip complete of form premature.

In any case, hope that the arrival of the “good news” not is dilate too in the time and that soon have the confirmation official of the put underway of a new delivery of Dead Synchronicity.