Breaking News
Home / News / Crypt of the NecroDancer: back to dance to overcome the evil in its new expansion

Crypt of the NecroDancer: back to dance to overcome the evil in its new expansion 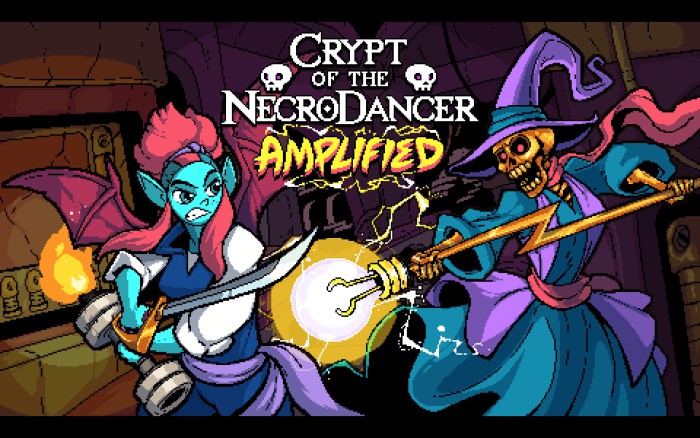 Crypt of the NecroDancer is one of those title that mixed concepts and very disparate styles and somehow get this strange pairing to work. The mix of classic roguelike and game musical that offers this title is quite singular and unique, although not is the first game of the history nor much less in offer a RPG of court musical.

Nevertheless, their freshness and quality are beyond doubt and that success has allowed that its creator can follow endowing it with new content. Brace Yourself Games has revealed that the first expansion for Crypt of the NecroDancer will come the next 24 of January to PC, although not of form official since what is put to disposal of the public is a version “early access” of them content of this DLC.

Of the NecroDancer Crypt: Amplified is an expansion which stands as a prequel to the original title. As is could wait, this DLC includes new monsters, heads, objects and scenarios that go and explore leaving us lead by the rhythm of the music and thus to defeat to these new threats. In this sense, the soundtrack of Crypt of the NecroDancer: Amplified will feature 20 additional audio tracks that transform this “dungeon crawler” roguelike-tinged in a real dance floor.

With this new content downloadable Crypt of the NecroDancer increases your possibilities and is sonvertira potentially in a title more complete and complex. During the “early access” is polished the different edges of the game to provide an official release as polished as possible, as was the case with the original title.

Tags Brace Yourself Games Crypt of the NecroDancer RPG