Breaking News
Home / News / Druidstone: The Secret of the Menhir Forest, the new RPG from the creators of Legend of Grimrock

Druidstone: The Secret of the Menhir Forest, the new RPG from the creators of Legend of Grimrock 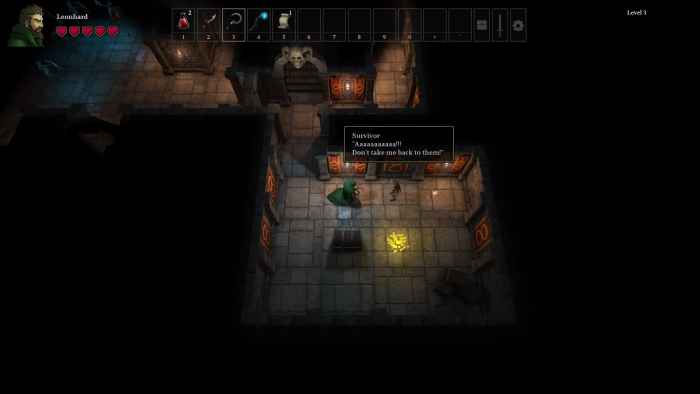 Following the development of the Legend of Grimrock II, Almost Human Games had fallen had plunged into an almost absolute silence. Now, almost three years after its launch, part of this saga of RPG makers announce their next game, which will be Druidstone: The Secret of the Menhir Forest. In this way, this new study dubbed Ctrl Alt Ninja leaves the characteristic elements of the Grimrock saga to provide an isometric environment.

Druidstone us will be invited to explore a world generated partially at random, in which you have to unravel the past of our character. To do this we will have to explore, forests and ruins where we will face different perils. All this with a very retro aesthetic and with a very classic gameplay. All this with a setting of Celtic Court.

As it could not be otherwise, the fighting will have a very important specific weight in Druidstone: The Secret of the Menhir Forest. These will be developed by turns, so you will have enough time to decide what to do and how to face each showdown game of tactically. For the moment, the project is at a very early stage of development, so it does not seem that its launch cannot occur in a close time frame.

Druidstone: The Secret of the Menhir Forest has been chosen among several prototypes as the ideal candidate to embody the first release of this new study created by several veterans of Almost Human Games. Precisely the need to distance themselves from the Grimrock saga has been one of the main reasons why this new study has been created and thus explore new horizons.