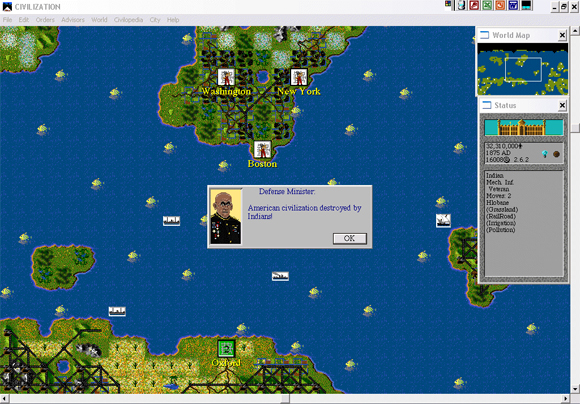 American schools will receive a version designed for the education of Civilization V, developed by Firaxis and GlassLab Games, which takes by title CivilizationEDU and that spin the possibilities of the Sid Meier game for learning.

Put another way, CivilizationEDU (which will be available in American schools from autumn of 2017) will offer students «the opportunity to think critically and create historical events, consider and assess the geographic ramifications of their economic and technological choices and participate in reflective systems and experimenting with correlative or causative relations between developments military technological, political and socio-economic.

It is an ambitious project and that GlassLab is dealing create an engine that carried a follow-up of the decisions of the students and evaluate their abilities to solve problems. The idea is that CivilizationEDU can become a substitute for standardized tests.

In the words of the own Sid Meier, with Civilization “players learn valuable lessons from its successes and failures, and may try again, using different decisions and strategies”, and therefore believes in the possibilities of this educational version. “We are really excited about partnering with GlassLab, and I want to see CivilizationEDU classes in the coming year.”

GlassLab is a non-profit dedicated to building bridges between the world of video games and education. CivilizationEDU is not the first game that suited for use in schools: in 2013, launched SimCityEDU, a collaboration with Electronic Arts that proposed a series of challenges, focusing on the impact of pollution on cities.

The initiative applies only, for the time being, to United States. It is an interesting use of a video game like Civilization V, but it is not an isolated or case, dare I say, a rarity: a few years ago Valve began the program Teach With Portals, through which proposed Portal 2 as educational tool with which “create unique puzzles, explore worlds and share personalized study plans,” Although it seems that it is now inactive (have contacted Valve to confirm it).

Previous New material of the cancelled Daredevil: The Man Without Fear
Next Podcast Reload: Programme 39, season 7