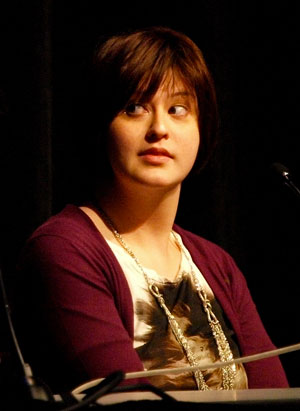 Kim Swift has joined as Director of design Motive Studios, the team of Jade Raymond at Electronic Arts. The own Raymond has announced via the blog of Motive.

«Is a great pleasure to give the Welcome to Kim Swift», explains. “Well known for his innovative work in the franchise Portal and Left for Dead (sic), Kim has already had a big impact in the video game industry. Motive of mission is to innovate and reach new forms of play and create worlds that allow the relentless discovery. Nobody I can think better than Kim to help us get it».

Swift is attached to Valve in 2005 for create, starting from a prototype developed with their companions of studies, the indispensable Portal. In them four years that spent in the company of Gabe Newell had time of put your name in the credits of two Half-Life (them two episodes of the sequel), them two Left 4 Dead and Portal; It says soon. In 2009 is joined to Airtight Games, where he directed Quantum Conundrum, in 2012, and Soul Fjord, in January of 2014.

Shortly after, Airtight Games dismissed to a part of their personal, between who was Swift; in April of that year, Swift announced that he joined Amazon Game Studios, to work on something that has not yet been announced. (Airtight pitched his last game, Murdered: Soul Suspect in June 2014, and closed in July.)

He has not said anything about what they will work Swift within Motive, but Raymond explains in the blog they have «dedicated much of the last year to build a team of very talented people to work in our new IP and Star Wars™ projects». That™ comes in the original.

As mentioned the step of Swift by Amazon Game Studios, deserves the penalty tell that Clint Hocking, the other name own that Amazon is stepped into for his study of development of video games, also is was of there; lasted still less: in August of 2015 already was outside.

2017-01-23
G2F
Share
Previous Playdead shows the first image of your next game
Next Ultimate Marvel vs. Capcom 3 comes to PC and Xbox One the 7 of March