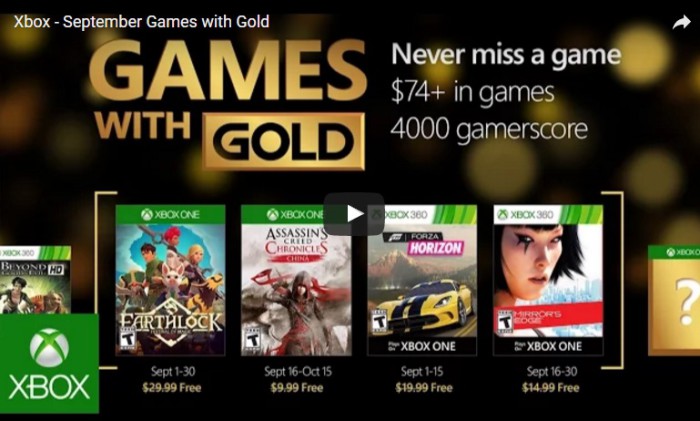 Microsoft continues its online offer good titles for all the subscribers to the Gold service. Perhaps not are the best titles of the catalogues (or are between which demand), but in them last months always there is something that scratch and products to discover.

The best games for September are the leads Xbox 360 with Mirror’s Edge and Forza Horizon. Both retrocompatibles with One and required to play. The first is a delight in first person with precise control and a measured hyper game system. A gem. Forza Horizon for a server takes several bodies of advantage to the Forza Motorsport.

In One will have Completo de Assassin Creed Chronicles: China. The best of the Chronicles in level design and difficulty setting. Earthlock: Festival of Magic it is perhaps the most loose product, but it surprised his offer of RPG.

Previous Respawn announces changes for Titanfall 2 and responds to criticisms about the multiplayer test
Next Dark Souls 3: Ashes of Ariandel, first DLC for the game, available the 25 of October