Breaking News
Home / News / Shadows of the Damned has returned, in the form of backward compatible

Shadows of the Damned has returned, in the form of backward compatible 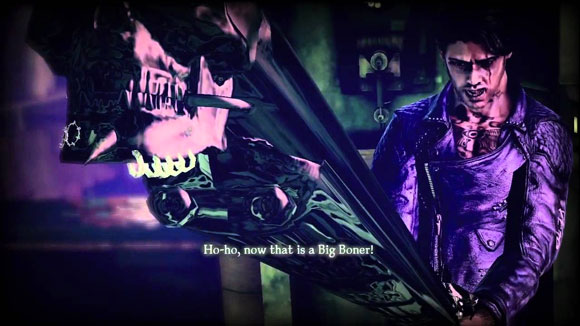 The Xbox One retrocompatibles list has been extended to add Shadows of the Damned, the game from Grasshopper Manufacture that was born from the collaboration between Suda51 and Shinji Mikami.

If the history of those two (No More Heroes or Killer7, the first; Resident Evil 1 and 4, God Hand, Vanquish and basically everything that is good and beautiful in this planet, the second) is not enough to arouse curiosity, remember that Shadows of the Damned is a shooter in third person who explores the traumatic relationship between a man, Garcia Hotspur, and his penis, which takes form of Johnson in the game , a demonic companion that acts as a weapon, tool, and motorcycle. The rest is history.

In addition to this, Alice: Madness Returns, the second recreation of the tale of Alice and the Wonderland American McGee made. This is “a dark vision of the tale, and the erratic of the human psyche is of capital importance” had pinjed in his analysis, “but since then the taste for detail and tremendous personality is the strong point of Madness Returns.”

They are two games that came out almost at the same time, curiously; the two are very interesting despite its setbacks, which in my opinion do much to give them the unique character that have. They are also the period in which Electronic Arts dared to assume certain risks; highly recommended.

We tend not to talk about these things, but we occasionally like to highlight some good game to be added to the catalogue of retrocompatibles of Xbox One. While we hope to Vanquish, you have the complete list of 360 games that can be played in One here.

Previous Shadows of the Damned and Alice: Madness Returns are already compatible with Xbox One
Next Darksiders-analysis Warmastered Edition