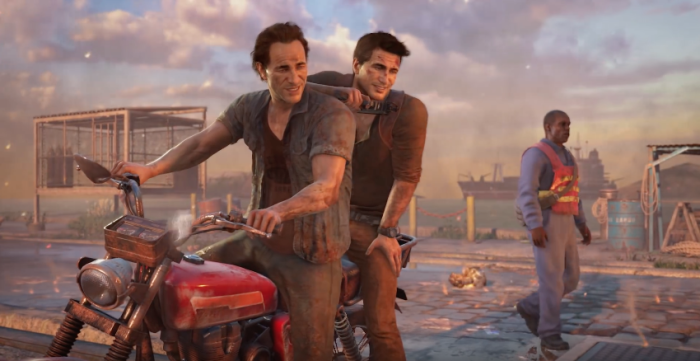 The thief’s denouement closes an era in the history of Naughty Dog. The future will be defined with almost total probability with titles that will follow the pattern of the tax by The Last of Us and this fourth installment of Uncharted. It would be very interesting to see the study on an new IP , and even believe that we enjoy with its return to the platforms.

Assumptions that nobody can ensure that they welcome, but assessing the compacted are The Last of Us and Uncharted 4 in the narrative plot, I am sure that your next trip will offer minimum characters as well defined as in the latest adventure of Nathan Drake.

As you probably know by now, Nathan shares flat with Sam, his brother. The narrative treatment among the brothers Drake is care to the millimeter. Presents itself to Sam, the older brother who in essence is an alternate version of Nathan, and who shares his passion for adventure. Two players so close that sometimes we do not know who said what, because it fits perfectly with their personalities. This character so common, hides a very different background. And it is that it is possible to appreciate the condescending treatment of Sam with Nathan in the details, and is that little brother is untouchable to Samuel. That instinct of protection is observed on their journey.

Not only will also have vibrant moments with both brothers, terse phrases or long ironic humor, there is humanity. Something that is not always achieved reflect in a video game. This narrative cohesion emerges as an agent not playable that has almost as much importance as the own gameplay ability that has to immerse the player in the search for the treasure. Certainly in Uncharted 4, we have some of the best moments in the series thanks to play Sam and Nathan offered.

Uncharted 4 is a heavy title in playable form, but also in its narrative
This narrative intensity builds his way through the coral of the characters input. Elena, presents itself as a truly representative of the new Drake character, that looms as the time for Adventures is coming to an end. Elena acts with determination and is defined as they had not been able to draw on the former Uncharted. Sully, the best friend of Nathan and almost a father to him, returns to give moments of authentic spree to the player.

So much narrative force would dilute without a villain to the height and in Uncharted 4 we have a Raphe. A dark and extremely mean-spirited character. It is not the main character of the function, it is not even the decisive agent of the action, but is an excellent counterpoint to the pair of protagonists.

The actions of this deal is not out of the pre-set line, but are natural and consistent with its own construction. Above all, Uncharted 4 is an intense forms playable, but also in its narrative.