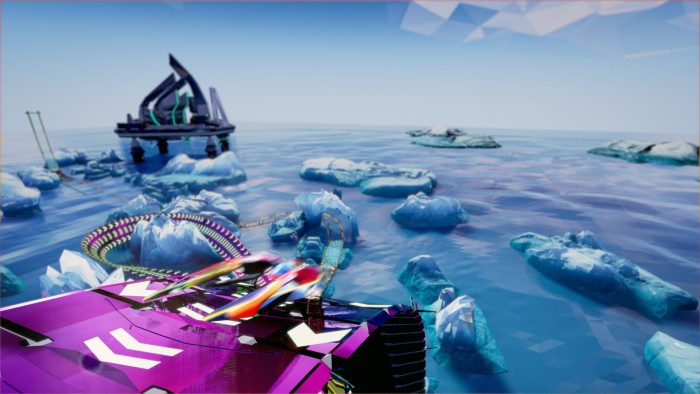 The arrival of Redout on our PCs has reminded us genre of futuristic driving continued to exist even though it passes through low hours. 34BigThings srl were not very ambitious in what refers to the mechanical playable for this title, but if they were able to create a solid and entertaining gameplay as already noted in the analysis of Redout we have had at the time. In this special entry will point out all the news that its developers are planning to launch soon.

Starting with the issues of a more technical nature, Redout will soon incorporate a faculty to play “split-screen”. Thus we can enjoy cooperative manner this title and be able to use a not-too-extended feature among PCgames. In a similar vein, this future upgrade will allow to modify the interface, change the keyboard and pad controls. In addition, a competitive ranking in which we can climb to positions according to our ability with the Redoutcars will be published. All this without forgetting the implementation of improvements for those who play in virtual reality.

In regards to the gameplay, Redout will incorporate a system allowing the player to define the number of turns, wanting to give in different modes of game current, beyond mode “history”. Also expected the arrival of a time trial mode. In order to make this more accessible title its creators will introduce a tutorial that explain the basic concepts of Redout newcomers. Similarly is expected to make adjustments in the various power-ups so that there is a greater diversity of real options and that players not be forced to use them.

In this line of content Redout will allow users modify the appearance of ships with different colors. It will also introduce a “photo mode” for those who enjoy the visuals of the game. Another novelty will be the incorporation of a set of repetitions and “ghosts” of vehicles in past races with which help us improve and check our progress at Redout. To extend the playable base 34BigThings srl is developing new tracks, teams racing and power-ups that could arrive via DLC.

In addition to these general improvements, the multiplayer will also receive news in the form of further modalities available for this format as the chance to contest runs in “raw” mode. A faculty that also will arrive sooner or later is the vote the following circuit, something basic but which had been in the pipeline for Redout.

Previous After the move to F2P, Turtle Rock leaves the development of Evolve
Next Senran Kagura: Bon Appetit! will reach Steam in November